What type are you?

According to Typealyzer (which Albert linked me to):

The analysis indicates that the author of http://kristanhoffman.com/blog/ is of the type:

The active and playful type. They are especially attuned to people and things around them and often full of energy, talking, joking and engaging in physical out-door activities.

The Doers are happiest with action-filled work which craves their full attention and focus. They might be very impulsive and more keen on starting something new than following it through. They might have a problem with sitting still or remaining inactive for any period of time.

Get out of jail "free"

Been sitting on this one for a while, but I was fascinated by this New York Times article about a reading-as-rehabilitation program:

In a scuffed-up college classroom in Dartmouth, Mass., 14 people page through a short story by T. C. Boyle. They debate the date at which the action is set: when was the Chevy Bel Air released, and what was the drinking age in New York State that year? They question moral responsibility: when the three friends in the Bel Air assault a girl, should peer pressure be blamed for their impulse, or hormones, drink, sin? To which the man at the head of our table rejoins: “There’s a kind of complexity to human experience that isn’t always recognized. You try to figure out who’s right and who’s wrong, but sometimes both are wrong, right?”

Of the 14 people, a dozen are male. One is an English professor, one is a graduate student, two are judges and two are probation officers. The eight others are convicted criminals who have been granted probation in exchange for attending, and doing the homework for, six twice-monthly seminars on literature. The class is taught through Changing Lives Through Literature, an alternative sentencing program that allows felons and other offenders to choose between going to jail or joining a book club. At each two-hour meeting, students discuss fiction, memoirs and the occasional poem; authors range from Frederick Douglass to John Steinbeck to Toni Morrison, topics from self-­mutilation and family quarrels to the Holocaust and the Montgomery bus boycott.

Marci once linked me to an op-ed about writing-as-rehabilitation, which was in fact penned by a convict in the program, and he believed in it fervently. He was certainly eloquent, and seemed gentle enough in his words. But can reading and analyzing have the same effects as writing? When you create flashcards to study vocabulary, what’s really helping you remember: writing down the words, or reading them over and over?

(Not a perfect analogy, and I don’t have any answers, but it’s Monday morning, cut me some slack!)

“I don’t want to be all negative,” the officer begins, “but you have to read this book.” Not as in “This is a must-read,” but “We’ve had people go to jail for not reading.”

(I have to admit, that made me chuckle…)

But back to the central question: Does reading-as-rehabilitation work? Can books effect change?

“Poetry,” W. H. Auden once wrote, “makes nothing happen.” But Waxler insists that “literature can make a difference” — more specifically, that lives are touched by printed art as they can’t be by the act of sitting around a table arguing about a movie, a song, a self-help book or one’s own childhood. The probation officer begins by telling participants that “this program isn’t a miracle,” but it works in mysterious ways.

Books over movies, I can believe. But over music? Over therapy? I don’t know.

Sometimes I feel like I have to say I want to change lives with my writing. (Note: I do want that, but I hate having to justify my desired career path just because it’s an art.) But what does change mean? Change for how long? How deeply? Is making someone smile (or cry) enough? Or do I need to inspire some sort of personal evolution?

Again, no answers here. I’m all about the questions. Just ask Andy. It drives him nuts!

The only thing missing 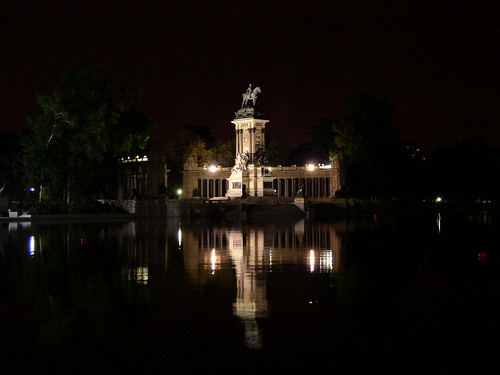 “I don’t think I’ve ever said it before, but I always wanted to be proud of you. I guess I always felt that was the only thing missing.”

– Caprica to Gaius, in the series finale of Battlestar Galactica

From the essay “How to write your second novel or, if you want to make God laugh, show Him your outline” by Stephanie Kallos:

Thank you so much to everyone who has read, rated & reviewed the excerpt of my novel The Good Daughters at Amazon for the Breakthrough Novel contest. Also special thanks to those of you who have helped promoted it, because that’s far beyond what I hoped or expected. (Like this? Seriously?) All of the positive response has really lifted my spirits and gotten me enthusiastic about writing again, even when it’s difficult.

Just a warning: I will probably leave the reminders up on my site and occasionally mention the contest until the semifinalists are announced (Apr 15), but I’ll try not to be obnoxious about it.

Also, I’d like to recommend my two favorite excerpts so far: Eden Lake by Jane Roper, and Kanako’s Foreigner by Amanda Kendle. Both are exquisitely written, and exactly the type of book I’d pick up in a store and buy. Hopefully I’ll be able to do that someday soon. ;)

New Twenty-Somewhere tomorrow coming soon. Obviously “every Monday” is a thing of the past, but for now I’m sticking with “every week.”

I feel like all this technology and access has prevented us from doing more and instead made us monitor more. How much of your day is just catching up on what other people are (uselessly) doing? How much of your information intake is actually propelling you to a better life? How much is just a big time suck but you feel like you just have to keep up with your friends, comment on their status, read that popular blog post or contribute your own for fear of being irrelevant, seeming unhip or worse, out of touch.

In my own life lately, I’ve had to ask, What are my priorities? What’s truly important? My answers were happiness and health — which break down more specifically to writing, friends & family, and sleep. Note that spending lots of time on the internet is NOT anywhere in there. So all these social media — blogs, Twitter, Facebook, MySpace, etc. — they’re fun, and they can be useful, but are they worth of the bulk of my time? No. But are they getting it? Um… yes.

So, a restructuring is in progress. I’m trying to eliminate the inessential, yes, but more importantly I’m just trying to allocate the right portions of time and energy to each aspect of my life.

Granted, this isn’t the first time I’ve said something like this, and it may not be the last, but progress is a process and self-improvement is a journey. They are not buttons to be pushed or switches to be flicked.