A conversation about this mountain I’m we’re on

Me:
This is going to sound cliché, but hear me out, because I think I’m putting a fresh spin on it.

Me:
(takes a deep breath) Pursuing a career as a writer feels like climbing a mountain. Everyone says that, but it’s true.

When I was at the bottom, I pointed to the mountain and told people, “I’m going to climb that.” And of course, everyone was supportive — like, “Yeah, go for it! That’ll be awesome!” But probably a lot of them never thought I would really do it, or they didn’t fully realize what was involved.

(In fairness, I probably didn’t fully realize what was involved either.)

So then I started climbing, and people were like, “Oh shit, she wasn’t kidding.” They weren’t sure what to think, but they cheered anyway.

Now I’m like halfway up, and they’re still standing down there, wanting to support me, but they’re also looking up at me, then looking at the top of the mountain and thinking, “That’s a long way left to go. She’s never gonna make it.” They’re beginning to doubt, and I can’t blame them, because sometimes it feels that way to me too.

But of course, I’m not gonna stop, because I made it this far, and I know I can go the rest of the way, it’s just a matter of patience and perseverance.

Andy:
(nodding) Sure, that all sounds about right.

Me:
Good. Because that’s significant to me. Realizing that it looks unlikely to some people, even ones who love me. But that doesn’t mean anything. I’m still climbing. And after I get to the top of this mountain, there will be another one, and another, and another. Because I’m a climber.

Me:
But there’s more!

Me:
See, there’s another part that of the metaphor that usually doesn’t get talked about.

You never signed up for this. And yet, you’re going up the mountain too. Because I’m pulling you with me, you know? You’re like on a sled that’s tied around my waist, so you’re stuck on the climb, but there’s nothing you can do to get us up any faster.* That’s gotta be so frustrating.

Andy:
Yep. (happy to have his perspective included) It’s cold. It’s kind of boring. And I can’t feel my toes!

Me:
(laughing) Well, it’s no cakewalk for me either.

*Note: This applies to my parents too.

What writers can learn from FIFTY SHADES OF GREY

Now, I am not one to jump on any bandwagons, and I don’t chase trends. But 40 million is no small potatoes. So I figure, there’s gotta be a lesson in here somewhere, right? Well, here’s what I came up with:

That’s the whole point of fanfiction: Take a bunch of characters you love and play around. (Arguably that’s the whole point of all fiction.) The idea is that you’re making yourself happy, by writing a story that you want to read — and it’s only natural that if you like something, then other people will too. After all, even the “weirdest,” rarest niches have fan sites and Facebook groups.

Sometimes we’re so busy worrying about whether X concept will appeal to “the market,” or if Y story can hook us an agent, that we forget to ask ourselves, Does my idea appeal to me?

When the author of FIFTY SHADES realized how popular her fanfiction stories were, she found a way to capitalize on them. She changed Bella and Edward’s names, retitled the series (formerly “Master of the Universe”), and self-published in digital form. Based on impressive sales figures, a small Australian publisher picked her up for print. Based on even more impressive word-of-mouth, a Big 6 publisher picked her up for re-print and mass distribution.

None of this would have happened if the author hadn’t been willing to open a few doors on her own, to experiment with the available tools, and to take a chance on herself.

(This one could also be called “What we can’t learn from FIFTY SHADES OF GREY: How to become a millionaire.”)

You can’t worry about how to be the Next Big Thing, because that’s a trigonometric equation we don’t yet know how to solve. And let’s be honest: we probably never will, because we are book people, not mathematicians.

Or your book. Or your career. Yes, they can sting, but the best thing to do is brush them off, ignore them, or avoid them completely. (Easier said than done, I know. But do it anyway.) Most people will still check out a book if they were really interested — because one person’s trash is another person’s treasure.

So don’t stress over — and do not respond to — public criticism of your work. At best you’ll have no effect; at worst you’ll lose potential readers and look like a fool.

As summer comes to a close… 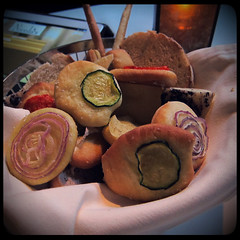 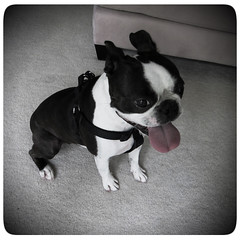 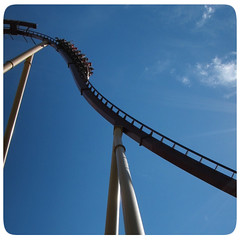 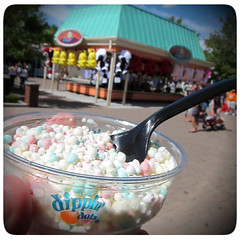 • “The Paper Menagerie” by Ken Liu

Big thanks to Linda for tweeting this the other day. This short story had me (and several friends that I sent it to) in tears.

For years, Mom carefully sliced open the wrappings around Christmas gifts and saved them on top of the fridge in a thick stack.

She set the paper down, plain side facing up, and began to fold it. I stopped crying and watched her, curious.

She turned the paper over and folded it again. She pleated, packed, tucked, rolled, and twisted until the paper disappeared between her cupped hands. Then she lifted the folded-up paper packet to her mouth and blew into it, like a balloon.

I didn’t know this at the time, but Mom’s kind was special. She breathed into them so that they shared her breath, and thus moved with her life. This was her magic.

A heartfelt post about the struggles of self-validation. It’s something I think many writers struggle with.

I make a joke out of it, but it’s to cover up my embarrassment, my shame that I’ve been working tirelessly at this for six years and still don’t have a book deal. I often feel like a failure. I’ve come SO close. Like, seriously, you can’t believe how close… but in the end, nothing has worked out yet.

I don’t agree with everything in this post, but it’s a less-heard perspective, and her points offer a lot of good food for thought.

“What’s the biggest mistake writers make?” It’s a great question, especially since the answer is surprising: they don’t know what a story is. So even though they have a great idea and their prose is gorgeous, there’s no story, thus no sense of urgency, and ultimately, no reader. It’s as simple – and heartbreaking – as that. And it’s extremely common.

A big part of the problem is that writing is taught everywhere, but story, not so much.