January and February in photos 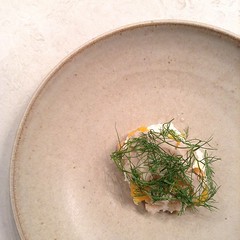 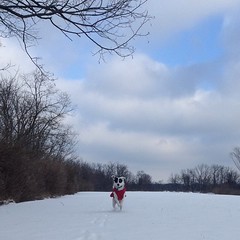 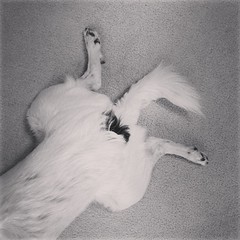 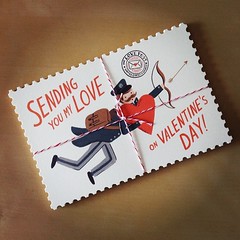 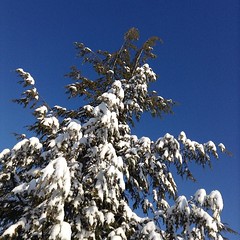 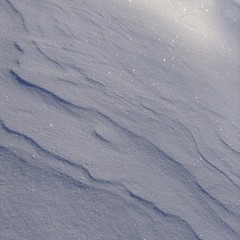 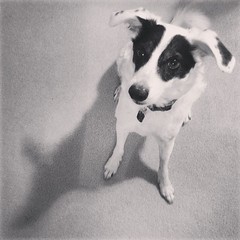 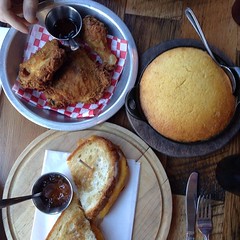 “On #sochiproblems as I see them” by Vicki Boykis

I’m more than thrilled that attention is finally being called to how fucked up Russia is; it’s only something I’ve been talking about for years.  And it’s fine to make fun of something, but when that something is not your own, not something you understand, babies, goddamnit, you’ve got to be kind as Kurt Vonnegut would say. And kindness from journalists means adding context and not being sensationalist. Not playing the Ugly American Broadcaster.

Russians are not pleased by the trending #SochiProblems. Rather, they are “puzzled by why the Americans and the British are so very happy that the details are a little screwy, the way they generally are in Russia.”

So this is my plea to @SochiProblems, whining journalists and social media fiends: Have just a bit more respect for Russians, because while you might think you’re just ridiculing the Olympics, for many, this is their everyday life.

And a personal note:

I was disappointed in — but not really surprised by — the mass mockery of Russia that took place leading into the Sochi Olympics. Yes, some things are genuinely and harmlessly amusing (like the coat rack incident in the second article) and some things are seriously worth criticizing (like the human rights issues, or dangerous hotel water). But the cheap cultural jabs? The mean-spirited and purposeful misunderstandings? Gross. And worse: distracting. They took conversation and attention away from the problems that really need scrutiny. They gave people permission to laugh and move on.

Even many of the journalists came off, at least to me, as snotty Americans whining about less-than-4-star conditions. Guess what, folks? Not everyone has it as good and comfortable as we do. And you know what else? Not everyone does things the same way we do. Just because the Russian way of life is different from ours doesn’t necessarily make it bad or wrong.

Most of the snark has dissipated since the Olympics actually started, I think. We’re focusing on the events, as we should be. I just hope that after the last fireworks of the Closing Ceremony fade into the night, everyone walks away having learned something — having taken a closer look at themselves and their actions and their values. Because the medals aren’t the only things that matter. And as we’ve seen in the past, the Olympic torch has the power to cast its light across history.

Michelle Kwan and the importance of mirrors 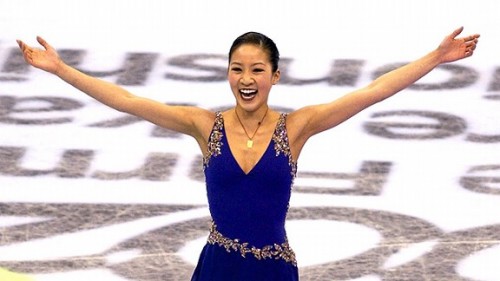 How I know I'm doing the right thing: I may be stressed out, but I'm not miserable anymore.

As far as I'm concerned–if you write well enough–you can write about anything your little heart desires. #ChallengeExtended

Don't worry about people stealing your ideas. If your ideas are any good, you'll have to ram them down people's throats. – Howard Aiken

If your dreams don't scare you… they're not big enough.

Publishing truth: there are no steps along the path to publication that don't end, "and then wait a long time."

“The worst thing you write is better than the best thing you didn’t write.” – (via bibliotheque) http://t.co/Jf3XEWQd

When I was a child I wanted to be a bookkeeper–it sounded so wonderful–until I realized it didn't at all mean what I thought.

Religion had me at, "Hey, wanna live forever in eternal bliss?" And lost me at, "Okay, read this giant book first."

Success – chase it. Respect – earn it. Love – embrace it. #TeamBringIt

“Yesterday I was clever, so I wanted to change the world. Today I am wise, so I am changing myself.” ~Rumi

My children on their mixed-race heritage: are we Asian or just awkwardly white?

Your password needs to contain a capital letter a number an emoji a plot and a protagonist with some character development and a twist end.

"I was mad at you 4 seconds ago but then I looked at you and I'm not mad now" is my relationship with my dog.

I love the way fog makes the edges of the world vanish.

When I first started writing, my priority was beauty in my prose. With experience, that changed to clarity. Now I see them as the same.

Step away from the Twitter, self. Pour all of that energy into words and scenes and imagination.

The cold never bothered me anyway

My first memory of snow is fleeting. I was just four years old when my parents bundled me up and hurried me out the front door of our townhouse. The three of us stood in the courtyard under a gray-blue sky, marveling at the soft white magic falling all around. My mom had on her fur coat. I’m not sure I even owned gloves. For a little kid growing up in Houston, snow was as mythical as unicorns, and that day the flurries only lasted for a few minutes. But it was enough for my dad to help me make a tiny snowman, four inches tall.

When we went back inside, I sat by the window and watched the snowman melt. Though I was sorry to see him go, I was too amazed by the whole experience to truly feel sad. Snow was real and I had seen it. Anything was possible now.

Thirteen years later, I was a freshman in college, feeling happy, free, confused, and lonely at the same time. (Thank you for the great lyric, Taylor Swift.) Those first few months, I spent a lot of time in my room, chatting online with friends who were hundreds of miles away, and struggling with school work for the first time in my life.

One night, early in December, I was looking out my window when snow began to fall. And I wasn’t the only one who noticed. Voices sounded down the hallways, growing louder with excitement. One of the boys peered into my room and invited me to join a small group going outside. Together we ran down five flights of stairs, too excited to wait for the elevator, and burst out of the dorm into the frigid air.

We built a snowman, four feet tall instead of four inches. We had a snowball fight. We made snow angels, which I had never done before. We even tried sledding down a small hill, sitting atop flattened cardboard boxes from the recycling bin. And when we were done acting like kids, we trudged back upstairs, dripping and exhausted, and we microwaved water for ramen and hot chocolate, and we opened our textbooks with a renewed sense of purpose.

For a few weeks now, the Midwest has been besieged by extremely cold temperatures, thick snowfall, and treacherous road conditions. Schools have been delayed and canceled so often that the kids are probably going to have to make up an entire week. My neighbors groggily dig their cars out every morning, sometimes taking ten minutes or more.

But the truth is, as long as people stay safe, I don’t mind this weather. I love the way the world looks blanketed in white.  I love curling up on the couch to work, and Riley pressing his soft warm body against mine. I love the hush, the smell, the glow.

Today, Riley and I walked across a field that had been completely covered by a thick layer of snow, with a thin layer of ice on top. My boots crunched through, making a faint trail along the edge of the woods. But Riley was apparently light enough that he didn’t break the ice. Instead, his paws scurried across the surface as he ran ahead and turned back, ran ahead and turned back. I smiled at the swirls of snow dancing in his wake.