It’s one kind of progress for people to agree with the statement “Women can be anything they want.” It combats a kind of sexism called oppositional sexism. But there’s another kind of sexism, traditional sexism, that we’ve made less progress on. You could get more people to agree that women can be anything they want than to agree that femininity is as valuable as masculinity.

My friend Rose recently blogged about “being a woman in tech.” It’s a great read about her personal experiences with sexism and how she handles it. Also, the article quoted above was found via Rose’s post.

I don’t work in tech, obviously, but like Rose (who I went to high school with) I was a self-taught coder, a female nerd. I still am, actually, and proud of it, even if it’s not at a professional level.

(Edited to add: I too experienced various shades of sexism in regards to my interest in programming, science, or even Star Trek. But I’ve also been admired or embraced by people for those same interests. It’s not all bad, and no one is trying to say it is. Anyway, I didn’t want to go into too much of my own history, because I’d rather you read the two pieces I linked to.)

My computer science journey ended during my sophomore year of college, when I dropped it as a double-major because I was tired of staying up all night on my computer. Between writing stories for my fiction classes and coding for my programming classes, it was non-stop screen-time, and that just wasn’t sustainable for me. Plus, I realized that I had always been more interested in the design side of things, and programming was (mostly) just a means to that end.

Nowadays, I indulge my web design hobby here. It’s perfect, because this space is meant to be a reflection of me anyway. Speaking of which: ta da! In case you hadn’t noticed, things look a bit different around here. 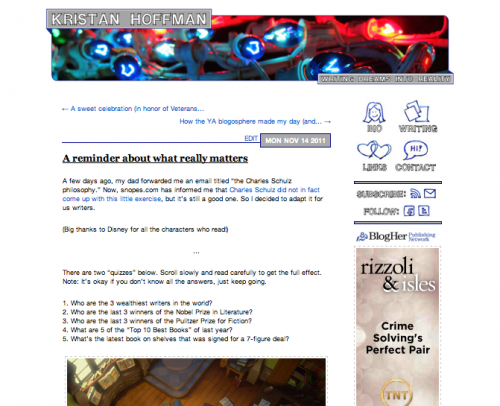 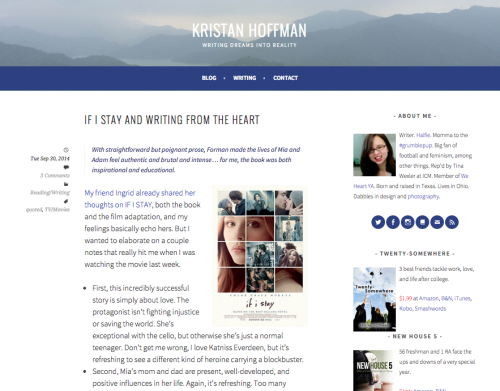 As much as I loved those hand-drawn icons, it was time to go mobile-friendly. The new design is built on the framework of WordPress’s lovely Sela theme, and it should look pretty snappy no matter what kind or size of device you’re reading on.

(If you see anything wonky, it’s probably on accident, so just let me know and I’ll take a look.)

I decided to outsource the bulk of the coding by using a pre-made theme, but I still had to do a lot of tweaking. I got to learn about breakpoints — which mark where and how the design should change for different screen sizes — as well as about the specialized web font Genericons. It’s just too bad they don’t have a character for GoodReads. I had to use a book icon instead of the official logo.

Also, I finally did away with the BlogHer ads. I used to enjoy being part of that network, largely because they did a good job sending traffic around, so there were always new people coming here, and new blogs for me to discover. But that feature hasn’t been around for over a year now, and the ad income only partway covers my hosting costs, so I just didn’t see the benefit anymore.

As with all things shiny and new, the redesign will probably lure me here to blog more often in the coming weeks. Maybe. I hope. Because there’s still more to be said about my trip to Taiwan, not to mention all the thought-provoking media I’ve been watching and reading. Stories. Whether mine or other people’s, that’s what I always come back to.