Someone read my mind and then wrote this piece

“Not a Real Writer: How Self-Doubt Holds Me Back” by Lindsay Merbaum

I’ve watched people who were next to me at the starting line cross over into Multiple-Books-Published and Award-Winning territory while I lag behind, sweating and panting. When they are nice people, I am truly happy for them. When they are not, I hate their guts. But their success or failure has nothing to do with me personally. It’s not like there is a finite amount of books humanity can ever produce and every time one is published, my chances diminish. If anything, other people’s success should only encourage me: if they did it, so can I.

No matter what accolades or publishing credentials I accumulate, I will be myself and the work will be the work. It will be great or garbage regardless of whether or not other people want to publish and honor it.

Sometimes the most important work you can do as a writer is just living.

It can be a torturous, thankless process, but the act of storytelling is so essential to my identity that I’m not sure who I would be without it.

I’ve come to accept that my writer’s doubt is something I will probably never get over.

What I struggle to do now is to put writing first, which can be hard when you don’t already have a celebrated book or major award under your belt. How do you justify the time devoted to writing when it doesn’t put food on the table, when you don’t receive much recognition for your efforts? It’s easier to just binge-watch Netflix and not think about it.

Broken promises and clinging on for too long (or: What ruined Grey’s Anatomy)

Spoiler level: HIGH. If you don’t know what happened on last night’s episode of Grey’s Anatomy — and don’t want to — then walk away now. 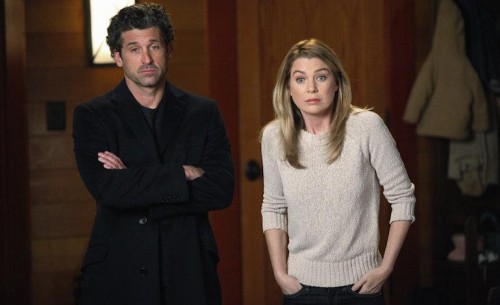 I could make a long list of things that last night’s episode of Grey’s Anatomy did wrong. From ridiculous plot points and redundant dialogue, to bad green screens and cheap fake-outs. There were dozens of violations, offset only by a few brief moments of brilliance from Ellen Pompeo, the endearing mother-daughter duo that Derek rescued, and Patrick Dempsey’s pretty face.

What isn’t forgivable is the death of Derek Shepherd.

I’m not upset because he was McDreamy and I’m some moony fangirl. I’m upset because the act of killing off Derek broke a sacred, unspoken agreement between storyteller and audience.

A television pilot, like the first chapter of a book, is a promise to the viewer. This is what the story is about. This is what you’re signing up for.

The pilot episode of Grey’s Anatomy promised viewers that Meredith and Derek were the endgame. That they would get their Happily Ever After. That’s what I signed up for. Of course there were going be obstacles in the way. A first wife, a bomb, a cute vet, depression, a shooting, etc. That’s how storytelling works. Writers raise the stakes; we raise our expectations and investment.

I know there are reasons for what Grey’s did, even if I’ll never really know what those reasons are. Regardless, I think the better decision would have been to shut the show down. It has had 11 good years. It launched Shonda Rhimes’s career. It highlighted diversity in mainstream television. Rather than being pushed around by whatever off-screen ish came up — and eroding the artistic integrity of the story and main characters along the way — Grey’s should have gone out on its own terms, with a spectacular and fulfilling series finale reminiscent of its glory days.

But no one asked me. So I guess instead it will limp ahead for as long as it can.

In fairness, it’s not impossible for fans to enjoy Grey’s going forward. I’m sure there will be good, smart developments for many of the characters. (I’m particularly interested in Karev, Jackson, April, and Amelia.) But there is no longer any way for Grey’s to deliver on its original premise. It’s a fundamentally different show now.

Would I still have listened to my mom 10 years ago — “You have to watch this new doctor show!” — if I had known that the pilot was, essentially, a lie? I don’t know. Maybe. Okay, probably, because it was really damn good. But would I have continued past Season 3? No way. That was the end of the best years. I wish I’d seen the decline coming, found a good stopping point sometime during Season 4, and just gone off on my merry way.

(Ironically, that’s pretty much what my mom did.)

Will I quit the show now? I’m not sure yet. Part of me says I already put in 10 years; I ought to see this through to the end. But another part of me knows that those 10 years are a sunk cost; I can’t include them in the calculation of what my time is worth moving forward. And when I think about other shows I’ve quit — Scandal, Heroes, Chuck — I have no regrets.

I suppose what’s more important is that this has made me think much more critically about my own beginnings and what I’m promising to readers with my opening chapters. I don’t ever want to be guilty of this kind of betrayal.

This month, I finally made use of a present that Andy gave me two Christmases ago. 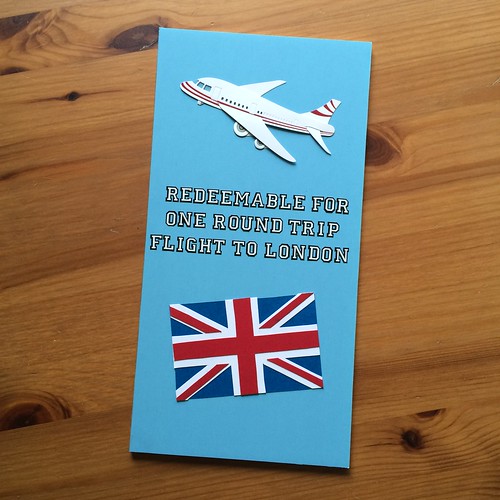 First, I spent a week in England with my dear friend and critique partner Sarah Wedgbrow. It’s been nearly two years since she moved away, and even though we’re constantly in touch, I still miss her every day.

Next, I hopped over to Berlin and Copenhagen to meet up with two of my oldest friends so that we could celebrate our 30th birthdays together. (Okay, mine isn’t until November, but theirs were both within the past month.) Unfortunately I caught a cold, which took me out of commission for a couple afternoons, but I still had a marvelous time.

I feel lucky to live in an era when technology enables me to keep in touch with people I care about, even across great distances. But there’s nothing like that face-to-face connection. There’s no substitute for the sweetness of a child’s hug, or the smell of a Sunday roast. The way my friend’s eyes crinkle when she laughs. The closeness of our bodies crammed onto a single small bed while we whisper about life and love late into the night.

And what is it about getting away that allows us to become closer to ourselves?

By the way, I know it seems like I’m traveling all the time — and truthfully, travel is a priority of mine — but I swear, I do have a permanent address, and I’ll be staying put for a while now.

I can’t get over how lush and gorgeous everything got while I was gone these past two weeks. Nicely done, Cincinnati. pic.twitter.com/rMeq5fuEpn — Kristan Hoffman (@kristanhoffman) April 20, 2015

Web MD is like a Choose Your Own Adventure book where the ending is always cancer. — kelly oxford (@kellyoxford) January 24, 2013

You have such a limited amount of time to do EVERYTHING you’ve ever wanted to do. I’d start today if I were you.

You know what is so satisfying about reading a newspaper? There isn’t a “comments” section below the article to ruin it. — Jeff DeCoursey (@jeffdecoursey) January 25, 2013

the only real writing advice is a weary shrug and “fuck if i know, give it a shot” — thats enough, robert (@robertjbennett) January 31, 2013

KEEP CALM AND WHY ARE WE USING ALL CAPS TO CONVEY THIS MESSAGE — Abbi Crutchfield (@curlycomedy) February 5, 2013

I hate when shows say they contain “adult situations” but no one is shown cleaning the house, going to work or paying their bills online.

The internet: Where people are determined to argue with you even when you pretty much agree with them. — Natalie Whipple (@nataliewhipple) February 8, 2013

We got a cab. The driver asked us where we wanted to go. I said “to Matt Damon.” *silence*

I know most of you are writing toward publication, but writing w/out any real goal in mind is important too. Keep something just for you. — Sarah LaPolla (@sarahlapolla) February 9, 2013

People who can get 600 points in Words With Friends probably need more friends and less words.

I don’t like Nascar but it would be funny if Senators had to dress like the drivers so we could see their corporate sponsors #sotu — Dave Krupinski (@DaveKrupinski) February 13, 2013

Explaining the situation of our transgender friend to the 4yo is going okay except she keeps referring to this person as a Transformer.

Dear my writer friends, I hope you succeed. One day I want to say “I knew that person before they were huge. I knew they’d make it.”

Last week a kid asked: What’s the biggest challenge in writing a book? For me, it’s fighting through fear and self doubt day after day. — Lisa Schroeder (@lisa_schroeder) March 9, 2013

“Art should comfort the disturbed and disturb the comfortable.”-Banksy

Can we just talk about the word “queue” for a second? Like, how many of those letters are actually necessary? I count one.

“Newsflash: Sometimes It’s Okay To Not Follow Your Dreams” by Kelton Wright

Maybe it’s brave to quit your job to go paint in Peru for a year, but it’s also brave to work two jobs to help pay for your mom’s medical bills. It’s smart to stay at the law firm until your loans are paid off. It’s OK to only tolerate your job but love your hobbies, because as soon as passions are turned into careers, you risk turning love into work.

So you don’t love your job — who gives a shit?

“An Interview with Finalist Isabel Quintero” at YALSA’s The Hub

Living on the hyphen is a complex cultural existence at times, and we’re often pulled in many directions where allegiance is always demanded. It is a fractured state of being, though I don’t think it’s necessarily bad.

“Is Being a Writer a Calling or a Job?” at the NYT Sunday Book Review

No young writer can know how rare inspiration is — or how, in its place, the real talent turns out to be sitting down, propelling oneself, day after day, through the self-doubt surrounding our nebulous enterprise, trying to believe, as when we began, that writing is important. Not to believe that literature — other people’s writing — is important. But to believe that our own writing, imperfect, unfinished, inevitably falling short, might matter to anyone else.