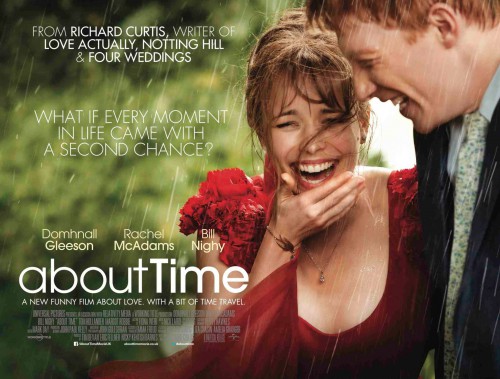 Rachel McAdams in a red dress, holding onto a man and laughing in the rain. Looks like a rom-com, right? It’s not. About Time does deal with love, but also with family, and growing up, and growing old, and getting second chances, and accepting what cannot be changed. 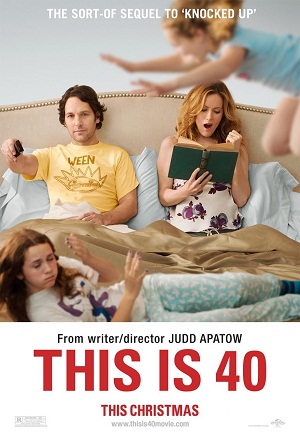 Even though the two films have very different tones, About Time reminded me of This Is 40, because both stories revolve around the beauty and humor that can be found in living an ordinary life. That theme has become increasingly important to me over the years, both for myself and for my storytelling.

There are so many great little moments in About Time. These were my favorites:

Even though the movie is about a guy who uses time travel to correct his mistakes, in the end, About Time reminds us that part of what makes life so precious is that we can’t get any do-overs. There’s just the once. Whether you choose right or wrong, you have to move on. That’s how you learn and grow. And hopefully that’s how you come to appreciate and make the most out of every day. Go with time, not against it. That’s the real path to happiness.