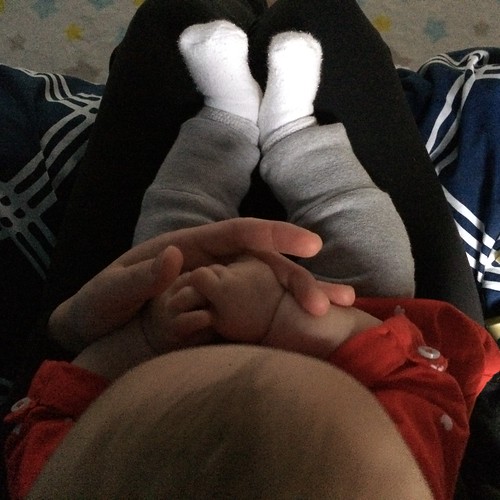 For the past two nights, my little girl has slept the whole night in her crib in her nursery by herself. It wasn’t exactly planned, but we knew it was on the horizon. She is getting too long for the bassinet we keep by our bed, plus she has become a pretty good sleeper, and I was starting to feel (or at least wonder if) we were disturbing her more often than the other way around.

Part of me is wistful about the change. Even though we had to keep a light on and a fan running, it was nice to have her next to me. I could just peek over at her sweet face anytime I wanted.

But a bigger part of me knows that this is best for her, and that’s what’s most important. That’s what growing up is. Little steps toward independence.

Luckily we’ve still got a long way to go.

Here’s to the fools who dream 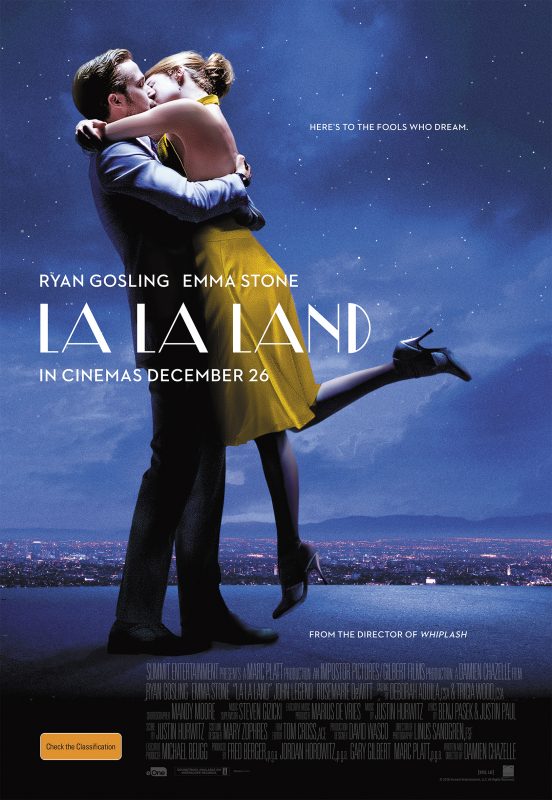 Over Christmas, my parents came to visit, which meant that Andy and I were able to sneak away for a few hours while they watched the baby. First we dined at our friend’s new restaurant, which was amazingly delicious, and then we went to see La La Land, which I really enjoyed.

It wasn’t a perfect film, but it was fresh and ambitious and intentional. I can only hope that people would say the same about my work.

So bring on the rebels
The ripples from pebbles
The painters, and poets, and plays

“As women, we have to start appreciating our own worth, and each other’s worth. Seek out strong women to befriend, to align yourself with, to learn from, to be inspired by, to collaborate with, to support, to be enlightened by.”

Did you aspire to be a famous writer?

If you want to be famous, don’t be a writer. When I was first thinking of myself as a writer back in my teens, the shorthand for that was fame. But then I started to really understand what writing was and who writers were. Who were the writers I valued the most as a young woman learning to write?

So pretty quickly, to me it wasn’t about fame—it was about accomplishment. Once you let go of that fame thing, it’s the first step in really being able to focus on doing good work. Because you can’t fake it. That’s the deal with writing. You can’t fake it.

“Growing Up Unreflected: How Diversity Saved Me” by (my brilliant, beautiful friend!) Tria Chang

What started as curiosity and some confusion about how I fit in with societal beauty norms gradually became insecurity and disappointment in myself. I couldn’t see myself as worthy of compliments, admiration, or love. I concluded I had no worth.

There was not really one good reason for this, but many silly little ones that, in a teenager’s mind, can arrange themselves to resemble the truth.

When young people look for themselves in entertainment, they’re not thinking about network ratings, or even racial inequality. They’re simply seeking a sign of acceptance. That who they are is someone worth aspiring to be.