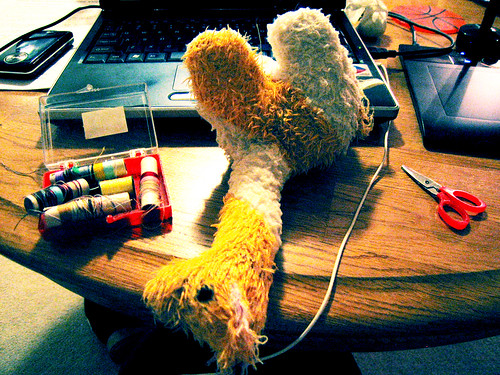 Giraffey had gaping wounds in his side, belly, and HEAD.

But then for some reason, Riley thought I was actually hurting Giraffey with my little needle and thread, as if his voracious gnawing was a mere head massage. The pup paced around me during the whole operation like a nervous dad waiting to see how his kid would fare. Finally he whimpered, lay down, and buried his face in his paws. 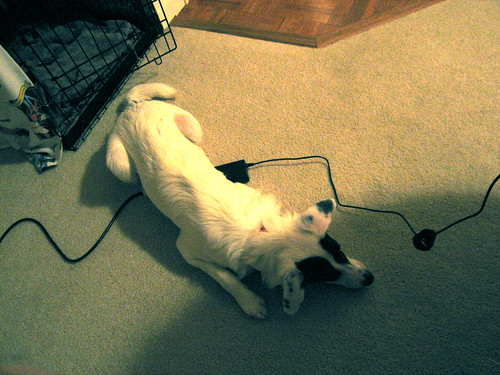 I’m happy to report that the operation was successful and Giraffey was delivered into his hungry loving dad’s jaws arms about twenty minutes later. 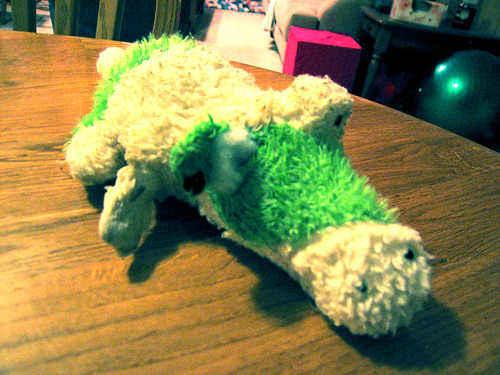 MY PUPPY IS HANNIBAL LECTER!!!