(No Foto Friday this week, since all these Disney recaps are pretty image-heavy.)

Day 2 of our Magical Disney Vacation was reserved for Magic Kingdom, probably the most iconic of the four parks at Disney World. Tomorrowland and Fantasyland had Extended Magic Hours that morning, so we got an early start. Unfortunately the first ride we did was Stitch’s Great Escape, in which you get blasted with warm chili breath. Seriously, the technology is amazing, but the application left something to be desired. Andy was pretty amused, but I can think of about eighty billion better ways to begin the day. 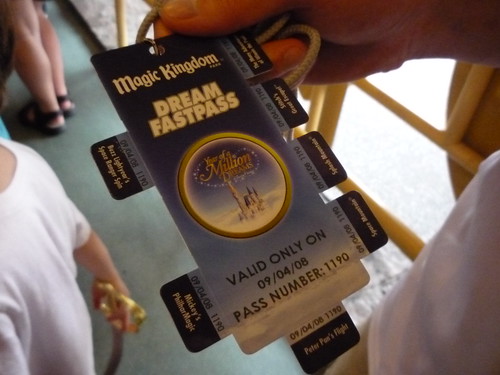 Unrelated but amusing, this Tomorrowland talking trash can totally freaked out a little girl coming out of the restroom.

In Fantasyland, I convinced Andy to do the classic Mad Tea Party ride by promising not to spin our teacup too much. (Wuss.) 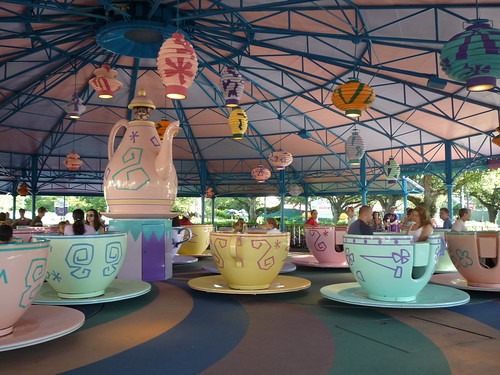 We also did the “it’s a small world” boat ride, which was probably my clearest memory from going to Disney World with my parents as a child. Most of my pictures came out blurry, since I hadn’t yet found the best setting for these dark, high-activity situations, but hey, I got Spain! 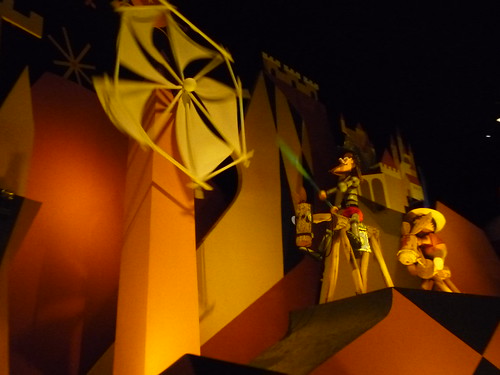 After the rest of Magic Kingdom opened, we made our way to Liberty Square, where we apparently committed some heinous crime and had to be punished. 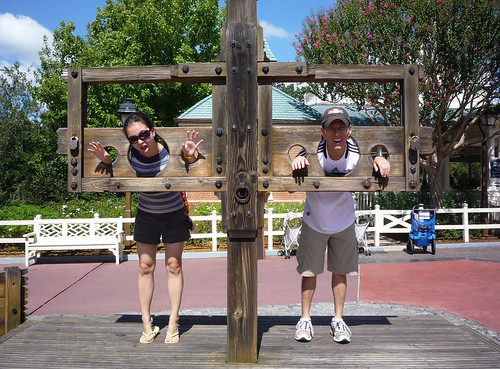 (Note: I am so short I cannot even stand in the stocks properly. Extra humiliation.)

After Liberty Square and Frontierland, we checked out the “inside” of Cinderella’s Castle, which turned out to be a big hallway with beautiful mosaics of the Disney princess fairy tales. There’s definitely more in the upper levels, but that hallway, a sit-down restaurant, and the Bibbidi Bobbidi Boutique were all that was accessible to the general public. 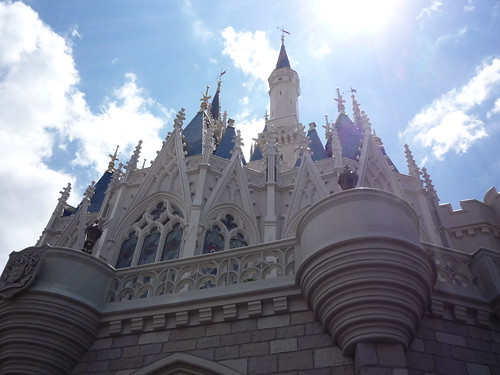 At some point between the Castle and Adventureland, I began to question whether my Old Navy flip flops were really going to get me through this whole trip. Seeing as my feet were ready to fall off and it was only Day 2, the odds weren’t looking good. And so began our epic quest for Kristan’s Crocs. The color combo I liked best was aqua and yellow, but apparently that was only for kids, and small as I may seem, I was sadly unable to squish my feet into a size 5. So we began to stop at every kiosk and gift shop and examine their Croc selection, hoping against hope that a new adult color combo would show up. None did.

Perhaps that is why, at our fabulous character dinner with Winnie the Pooh and friends, I had an Eeyore face. 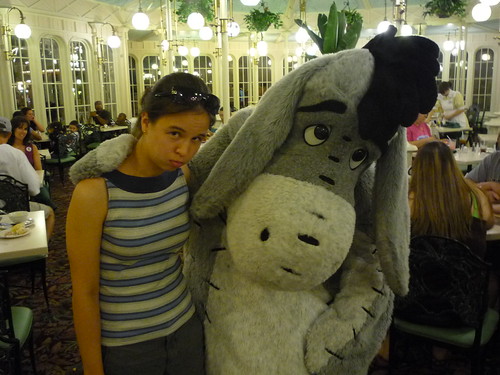 Overall Magic Kingdom was geared much more towards small-ish children than the other three parks, but it was still fun to see all the iconic Disney World attractions. After dinner we caught the SpectroMagic parade and Wishes fireworks show, and then headed home for some much-needed, well-deserved sleep. 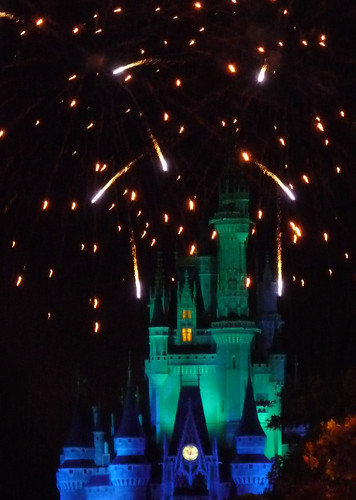