First, a must-read pep talk for writers, especially ones still forming their writing rhythm/habits: “The Deceptive Art of Balance.”

Which means I have to make peace with life as it is.

Second, it sure looks different around here, huh? Okay, maybe not for those of you browsing via RSS, but maybe you should come check it out. In switching from Google ads to BlogHer ads, I needed to make a significant layout change, so I decided to let life be simple (ish) and customize a ready-made template instead of coding a new design myself. Ta da!

(After nearly 24 hours of “tweaking,” I’m questioning the “simple (ish)” ness of my decision…)

Nonetheless, I cleaned up the navigation, moved the blog back to the front page, and enabled threaded comments (meaning you can reply directly to a particular comment). I THINK this is going to be more practical for the time being — it requires less behind-the-scenes work on my part — at least until I score a mega-bucks book deal and have to redesign the site to accommodate that. :P

Big thanks to Albert, Mary, and Angie for their moral support and aesthetic feedback!

Andy has already voiced his preference for the old look… What do you guys think?

(Note: I can take disagreement, but not meanness. There’s no need to bring my momma into this, okay?) 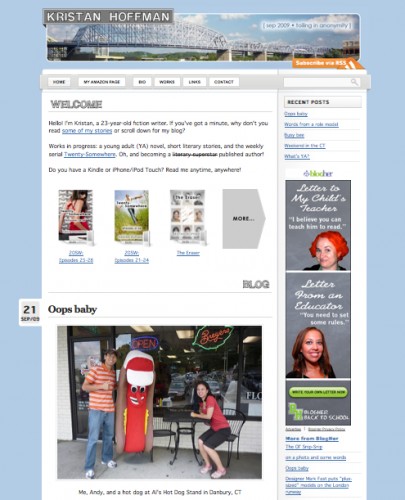 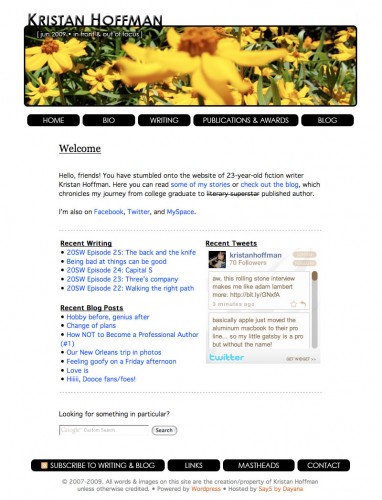