This past weekend I drove to Pittsburgh to see my former residents graduate. It’s been 3 years since I was a Resident Assistant, and I still miss it constantly. There’s nothing like helping teens discover/create the right college experience for them. Especially when the teens are as awesome as mine were. 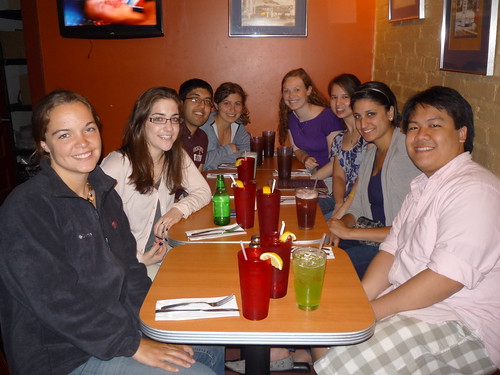 I also got to spend some time with my aunt and uncle and their grandkids. We went to a school carnival; ate hot dogs, ice cream, and donuts; and competed in swimming noodle Jedi wars. I think Ben won (mostly due to sheer stamina). 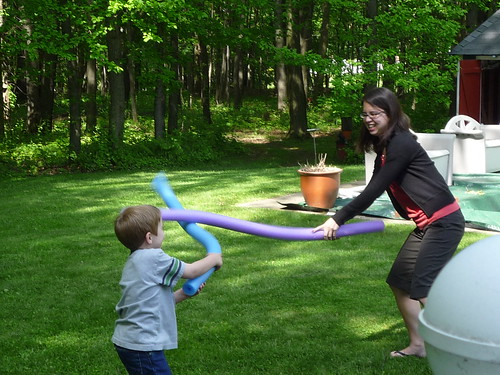 Sometime during the roadtrip, my car’s air conditioning died. Fortunately it was cool enough to roll down the windows. I didn’t really speed — and haven’t since I got my first and only ticket last year — but I did snap a few photos while driving… I know, I know, it’s bad and dangerous! And the photos I got weren’t even that great. But I’ve been wanting pictures of these Ohio Bicentennial barns for a while. Next time I’ll try to get a better shot while Andy is behind the wheel. 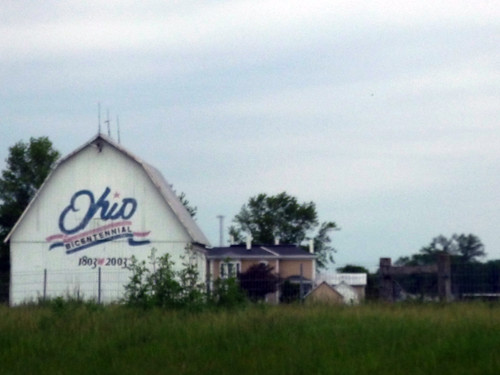 It’s hard to explain how I feel about not having any real ties to Carnegie Mellon anymore. I only know a handful of professors and administrators there now, and I’m sure I’m fading in their memories with every passing day.

That part of it doesn’t bother me — in fact, it’s nice to go to campus and not have awkward run-ins with people I barely know. (Don’t get me wrong: the few that I do keep in touch with, I love. Seeing them wouldn’t be awkward at all.) But at the same time, little things keep changing every time I go back, and I guess part of me is afraid that one day I won’t recognize it at all…

That’s probably an irrational fear. But when you love something, it’s hard to let it go.