No nap this week, but I admit, I’m finding it harder to post on Fridays. Like my brain is checking out early for the weekend. Blargh.

Well, last night Andy and I went to ATP (Association of Tennis Professionals) World Tour games in Cincinnati. It was my first time watching tennis live (okay, let’s be honest: first time watching a full tennis game that wasn’t on the Wii) and I loved it! Except for the staring into the sun part… 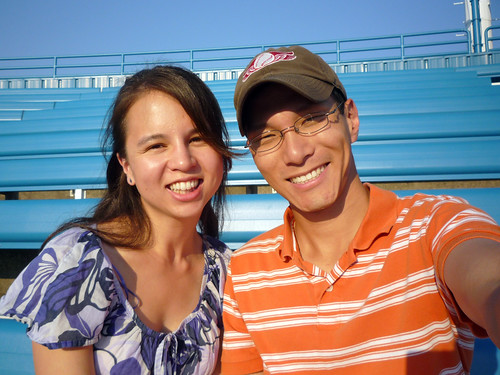 American Andy Roddick (seeded 9) was up against Swede Robin Soderling (seeded 5) in what turned out to be an EPIC match. They played all 3 sets plus 2 tiebreakers. I got exhausted just watching them run back and forth across the court, sweating and grunting and slamming their rackets into the ball. 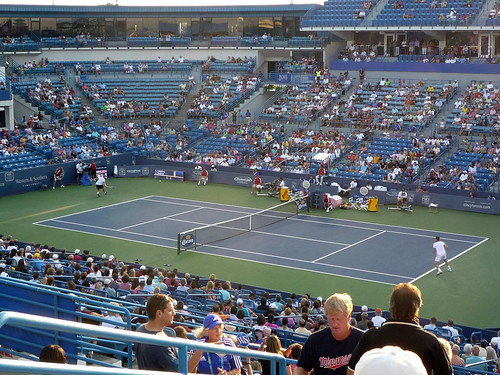 I have to admit, I had my doubts about whether or not our guy (Roddick) would win. He has killer serves, but his returns weren’t as strong as Soderling’s. He looked tired. He missed a few key opportunities to pull ahead. 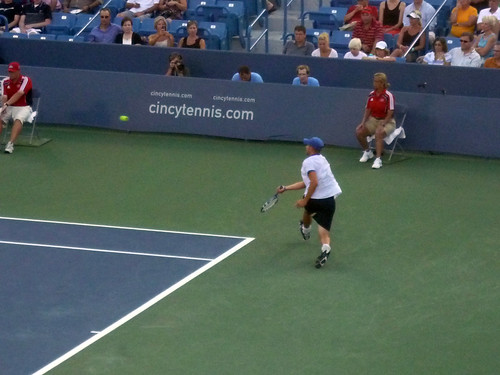 But in the end, he persevered. The odds were not in his favor, but the crowd cheered him on at every opportunity, and he didn’t disappoint. Maybe the victory wasn’t quick or elegant, but it was still victory.

(And as it turns out, he defeated the #2 seed, Djokovic, today too!)

So here’s what I’m getting at: I’m Roddick.

Not actually, because that would be weird. But metaphorically, I am scrambling madly across the court, swinging at every ball I can, hoping to make them land in the right spot. And even though the odds aren’t in my favor, I’ve got y’all cheering me on, and I know that soon(er or later) I will achieve my victory too.