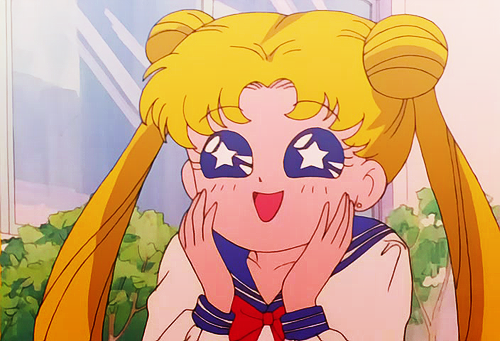 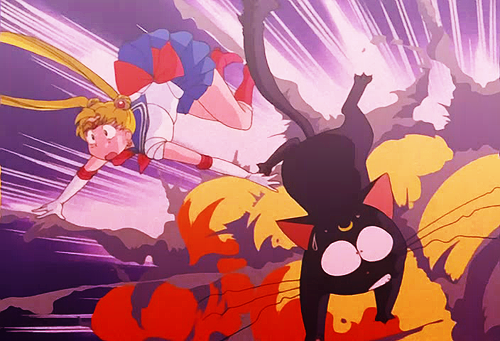 Me in the afternoon vs. me in the evening. (Credit: Sailor Moon screencaps.)

In fairness, it wasn’t JUST Maureen. A staggering number of authors/writers/bloggers linked to my post “A reminder about what really matters” — like the INTERN, Stephanie Perkins, Myra McEntire, Malinda Lo, Kate Hart, Carrie Ryan, Lisa Schroeder, even agent Michelle Wolfson, among many, many others. To say I was floored would be putting it mildly. More like I went right past the floor, down through the earth’s crust and into the core.

The rush of traffic from everyone’s Twitter followers (thousands!) had me dazed and grinning all afternoon. Y’all’s comments blew me away. I had no idea that what I’d written would affect and resonate with so many people. I’m glad it did.

But then, around 5 p.m. my website crashed. I had a very basic hosting plan, which had served me fine for years, but it couldn’t handle the sudden spike. After hemming and hawing (and hoping things would magically fix themselves — because, you know, they always do??) I ended up having to switch to a new host, which got me up and running within an hour. Luckily I had a backup of my site from last week, and I was able to copy and paste recent comments from my inbox. Stressful, but successul.

Live and learn and upgrade your servers, eh?

(Still, I really regret all that downtime, when people who may have been trying to come here got “this account has been suspended for bandwidth overage” instead. If you know anyone who wanted to read the post and couldn’t, please let them know it’s up again!)

Anyway, I know that this incident, like the one in October, is just another “15 minutes of fame.” But it’s still exciting and encouraging to see my name linked in any way, shape, or form with so many writers that I admire. It’s also … interesting, for lack of a better word, that something I wrote took on such a life of its own. I mean, it’s only a blog post. I can’t imagine the magnitude of what I might feel when something “bigger” (a personal essay, a short story, a novel) takes off.

Or rather, I can imagine it, and I can’t wait.