Hey, remember that time I thought a wolf was attacking me and Riley, but it turned out just to be a stray Husky, and then I helped her reunite with her owner?

Only this time it’s an American bulldog mix (vet’s guess) and I still have no idea who the owner is. I’ve posted on Craigslist, put up flyers, checked for a microchip, and reported him to the SPCA. No results so far, but please keep your fingers crossed, because Bubba (as I’ve dubbed him) is a really sweet guy and totally deserves a happy ending. 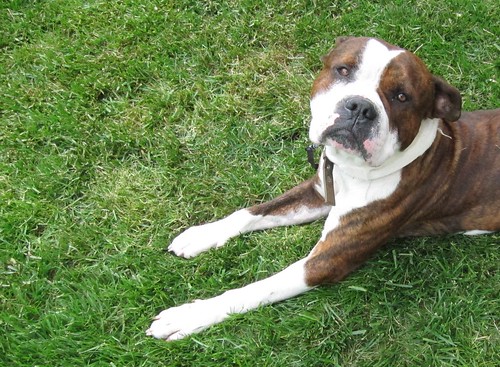 The pesky problem of reader assumptions