Yes, Girls. As in, the HBO show! What did you think I meant?

Now, I know everyone and their mom is talking about Girls, and I really, really didn’t want to add to that noise… But I have to. I have to, because after watching Lena Dunham’s movie Tiny Furniture, I thought I was going to hate Girls. (To be fair, I didn’t hate the movie. I just didn’t enjoy it either.)

But I was wrong. I didn’t hate Girls. In fact, I kind of love it. 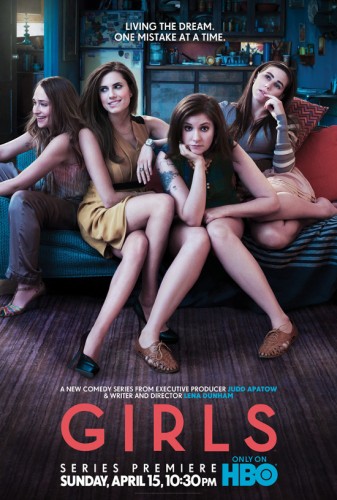 Girls is an insightful look at the lives of a certain type of twenty-something. It’s smart more than funny, sexual more than sexy. The best part is, Lena Dunham (creator, writer, and star of Girls) isn’t afraid to “go there.” She isn’t afraid to go anywhere the characters take her. Even if it’s awkward or uncomfortable. Even if it’s “unlikable.”

As a writer, I really admire that. Like, I’m not as square as my mother thinks — although I am square relative to a lot of people — but I’m not always brave enough to write about my “rounder” experiences.

Girls is like Sex and the City, but without Photoshop. It’s the model without makeup on. It’s life as seen without the rose-colored glasses. It is not cute, hopeful, or romantic. It just is.

Oh, and for everyone who keeps saying Girls is about “hipsters,” you really need to learn what a hipster is. 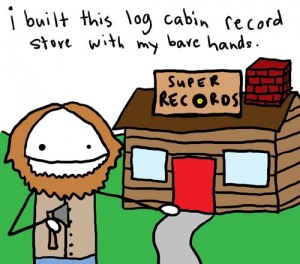 C) Don’t most of us, regardless of age, race, or income, spend a decent amount of time on relationships?

D) Anyone can write a dismissive one-line summary like that. As Patricia Wrede pointed out (in a completely unrelated but excellent post): “The Lord of The Rings” is about a short guy with hairy toes who throws a ring in a volcano.

Okay, but who cares about these “girls”?

Everyone wants to see themselves reflected in art and entertainment. That’s the whole point.

(So please stop telling us that we’re so much more self-involved than other generations. We’re not. We just have the tools to rub it in your face now.)

On a related note, a band of intrepid New Adult writers recently launched the site NA Alley. I’m not affiliated, but they did quote me in a few places, and I definitely want to support their endeavor.

That’s fine. Really. No one says you have to be.

• It’s still early. Only 3 episodes have aired. Yes, I like Girls now, but I’m also curious and hopeful about how it will grow. I mean, does anyone remember the first season of SATC? With all the interviews and the talking directly to the camera? Yeah, shows can evolve. Sometimes they need time to grow into themselves. (Which is a particularly ironic statement when you apply it to a series about New Adults.)

• Part of me thinks it would be a dream to write for the show. Part of me wants to email Lena Dunham and tell her about TWENTY-SOMEWHERE and beg/hope for an opportunity. The rest of me realizes how ridiculous that would be and figures I’m better off just enjoying Girls as a viewer. (I will not tell you which part of me is winning right now.)

Marnie: “He’s so busy, like, respecting me, you know? That he looks right past me, and everything that I need from him.”

Hannah: “Okay, you are a 23-year old girl who’s had the same boyfriend for 4 years. You’re also allowed to be bored. That’s an okay excuse too.”

Jonathan: “I want you to know, the first time I f*ck you, I might scare you a little. Because I’m a man, and I know how to do things.”