Spoiler level: Low. Highlight or hover over the white text to read spoilers. 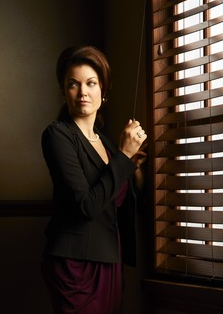 If you, like me, somehow found yourself rooting for the completely inappropriate romance between Olivia Pope and President Fitzgerald Grant, then First Lady Melinda Grant probably isn’t your favorite person. She definitely isn’t Fitz’s. But of course, they’re bound — by marriage, by kids, and most of all, by political ambition.

It would be easy to demonize Mellie, to write her off as a power-hungry, selfish bitch who’s purposely standing in the way of true love. But the truth is, she tried to let Fitz have his cake and eat it too; it was the cake (Olivia) who refused.

What’s really interesting to me is that Mellie and Olivia are so similar, and yet one is our heroine, the other (arguably) an antagonist. They are both clever, manipulative, self-sacrificing, and headstrong. They both want Fitz to succeed, because they both believe that’s what’s best for America. They both have softer sides that they don’t often show.

My two favorite scenes in the Season 2 premiere belonged to Mellie, and together they illustrate how wonderfully complex she can be. In the first, she declares her unborn child to be a political tool (“bless its heart”) and then asserts her opinion on a bit of foreign policy that Fitz is struggling with, verbally taking him down a peg. In a later scene, the tables are turned. Fitz lays into Mellie for forcing his hand on national TV, and though he is cruel, he’s also right. Tearful and contrite, she tells him that the baby is kicking and asks if he wants to feel it. He kneels beside her, and she places his hand on her belly. It’s a moment of genuine emotion and connection between them. It’s a truce. 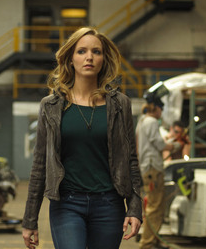 By contrast, Dr. Grace Devlin is virtually flawless. Even the “bad” stuff she does is all in the name of greater good. Lying to protect a young patient’s scholarship. Sewing up lowlifes to pay off her brother’s debt to the mob. And on top of all her technically-wrong-but-actually-right deeds, Grace is smart, beautiful, and successful — respected, envied, and desired. She is, in a word, perfect.

And perfect? Can be kinda boring.