I was born in America to a Taiwanese mother and a Caucasian father. I grew up with three other “halfie” friends, their mothers also immigrants (former classmates of my mom’s) and their fathers white men from this country, just like mine. Three boys and me, only two of them brothers, but all of us family in those days. 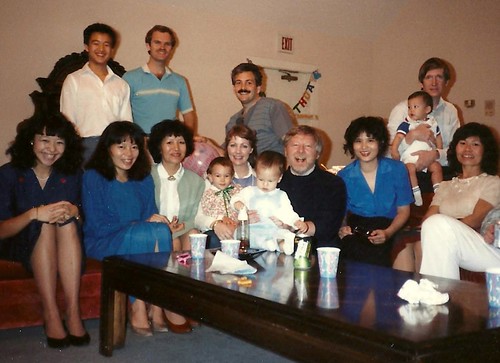 To me, this was the norm. Mixed race families, with mixed race kids. Even my other best friends were girls with brown hair and brown eyes, so I kind of assumed they were halfies too. Or rather, I didn’t really question what they were — didn’t see them as being different than me — because it didn’t matter.

It wasn’t until years later that I realized a family like mine wasn’t necessarily the norm. That mixed race marriages were not only uncommon in this country until the late 20th century, but also illegal in most states until the Supreme Court invalidated those laws.

That landmark case, Loving vs. Virginia, was decided on June 12, 1967. So today I’m celebrating 46 years of my family being allowed to exist — and hoping for a future full of more loving marriages, between whatever races, genders, backgrounds, and beliefs there may be.

Note: I was inspired to write this post after hearing about this adorable Cheerios ad, and the unfortunate backlash against it.