A few months ago, I received an unexpected honor. Publicist KP Simmon and writer Kallie Ross had nominated me to participate on a panel they would be moderating at the 3rd annual UtopYA Con. Though the convention is themed around supernatural Young Adult and New Adult literature, it’s actually open to all kinds of readers and writers, and my panel was not genre-specific. Through my participation with We Heart YA and #NALitChat, I had been tapped to speak about trends in the YA and NA categories. My fellow panelists were Chelsea Cameron and Rysa Walker.

Nashville is only a 4-hour drive from where I live, so two Fridays ago, I headed down the interstate, singing along to the radio and watching the beautiful Kentucky farmlands and Tennessee forests pass me by. I actually thought I would be arriving too late to see one of the panels that I was most interested in, but it turns out I had forgotten about the time zone change. Lucky me, I made it just in time!

Nashville, I am in you! And ready for the #UtopYA2014 panel "Fictionalizing World Causes & Teen Issues." pic.twitter.com/Qd2n44TREJ

The first day took more out of me, emotionally, than I had anticipated. It was a combination of that high I always get around people who are passionate about stories, and the overwhelmingness of so many new faces. I usually enjoy traveling alone, but in this case, it felt like everyone already knew each other — from previous conventions, or at least from social media — and I was the awkward new kid trying to figure out how/when to jump in.

Fortunately, Magan Vernon recognized me from Twitter and said hello, and her warm, welcoming nature encouraged me to be more outgoing on the second day. For several hours, I set up shop between Tammy Blackwell and Keary Taylor, and the three of us had a nice time chatting while we sold our books. (Or in my case, gave away download keys for Twenty-Somewhere.)

My panel was one of the last of the convention, and I think it went really well. Kallie did a fabulous job moderating, and KP, Chelsea, and Rysa had so many smart things to say. The audience asked great questions, and one woman even came up to speak with me afterward.

I had been live-tweeting throughout the weekend, sharing the best tips and observations, but sadly I couldn’t do that for my own panel. The next day, I noticed that a couple people had quoted me — yay! — so I’ve included those below as well.

My highlights from UtopYA Con 2014:

NY publishers are sometimes wary of "issue" books, but readers are clamoring for them. – @aammyyss #UtopYA2014

"The best thing is when people email me to say, 'I went through something like this, and your book helped me.'" – @MaganVernon #UtopYA2014

"I like characters who are gay, but they're not The Gay Character. There's more to them than that one trait." – audience member #UtopYA2014

Sometimes books have a niche audience — but that makes for more passionate fans! Advice: Find your market. #UtopYA2014

Great view of Nashville from the Crown Ballroom at #UtopYA2014. pic.twitter.com/TccP6V7NqM

Top drivers of traffic for #YAlit community: FB, Tumblr, Twitter. And each has their own language that you have to learn/speak. #UtopYA2014

Writing was about "finding a way back to me." – @GenniferAlbin #UtopYA2014

"I create worlds and people. I can choose to share that with whomever I want." – @GenniferAlbin on #writing #UtopYA2014

"Hope does ask a lot of you, and it's easier not to answer. But hope is always the smartest investment." – @GenniferAlbin #UtopYA2014

"Everyone will survive wrinkled laundry and dusty baseboards." – @GenniferAlbin on feeling guilty about taking time to write #UtopYA2014

Don't be afraid to write something that isn't trendy. #YANAtrends #UtopYA2014

Overall, the convention was a really good experience for me, and I’m so glad that I was invited to participate. From what I saw, the organizers did a great job — it’s no surprise UtopYA has been basically doubling in size from year to year.

I feel like I learned and grew quite a bit over the short weekend. And if nothing else, I got a big laugh out of what happens when 99% of your convention attendees are women: 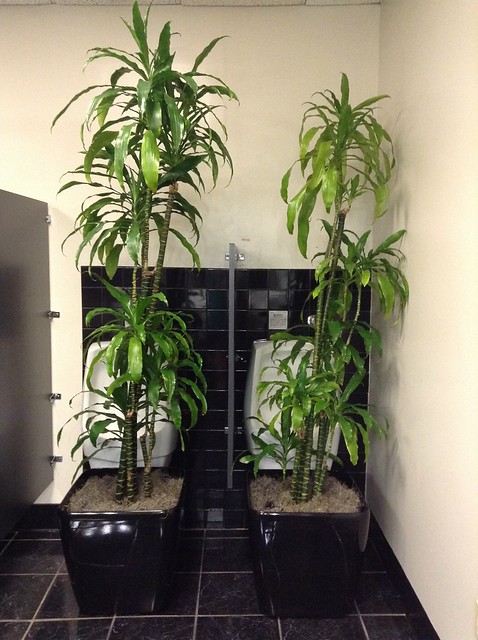