A couple years ago, Andy and I decided to get season tickets to our local Broadway series, along with another married couple we’re friends with. It’s the perfect excuse for all of us to take a step back from our busy schedules and catch up with one another, enjoy some good food, and support and appreciate the arts.

In that time, we’ve seen a lot of good shows — and a couple not-so-good ones — but there are two that I can easily single out as my favorites so far. 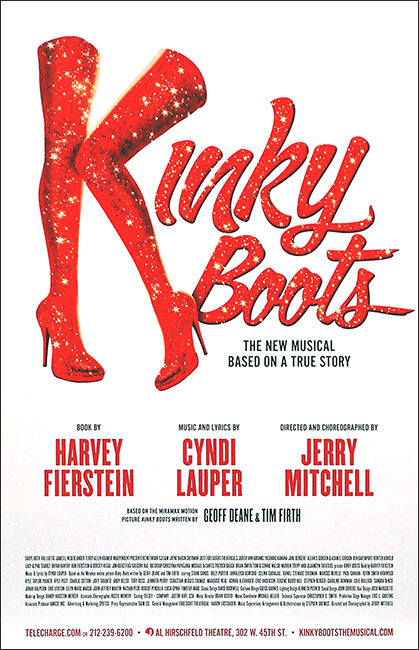 Like the band Death Cab for Cutie, the musical Kinky Boots has a name that intimidated me. I was bracing myself for something very provocative and in-your-face. Instead, I found myself quickly charmed by a story about shoes, fathers, friendship, and being true to oneself.

The musical numbers are clever and catchy, and personally, I can relate to Charlie’s struggle between following his own path versus taking over the family business. 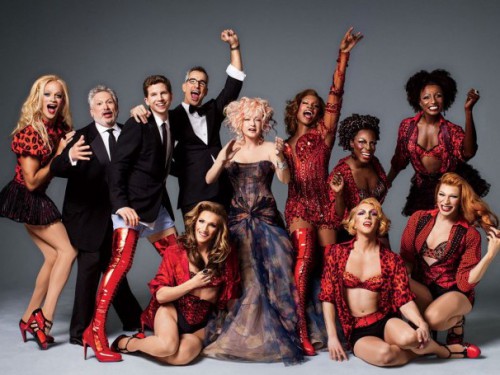 Apparently there was a movie version first, starring Chiwetel Ejiofor, who I love. It was available on Netflix, so I watched and liked it, but still prefer the musical.

And the whole thing is based on a true story, one that might be particularly relevant to today’s political climate: A small shoe factory in a working class English town, reluctantly partnering with a group of drag queens in the hopes of weathering an economic downturn. Hmm, what parallels could we possibly draw from that…?

The other show I’ve loved most so far is Something Rotten, a hilarious satire of celebrity culture, the writing process, and musicals themselves. 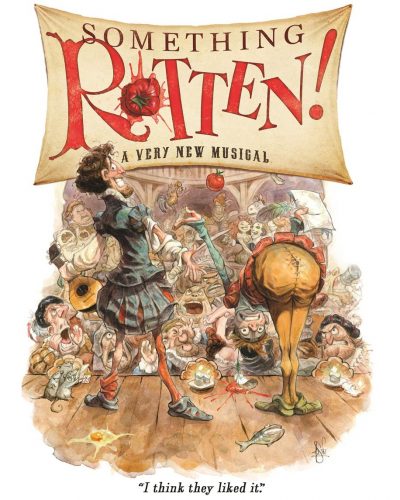 The show is full of inside jokes for a theater- and literature-loving crowd. I laughed nearly from start to finish. Shakespeare as the ultimate douchebag celebrity is hysterical, and trying to identify all the shows spoofed in the song “A Musical” is quite the game.

As lighthearted as it sounds, Something Rotten also has heart. I appreciated the brotherly bond, the sweet little romantic subplot, and the shoutout for feminism.