There was a really nice article on Dooce in the Wall Street Journal today, and since Andy knows I am obsessed with have taken an interest in her lately, he saved it for me.

I felt like the article revealed another side of Dooce for me — hard to believe, given how much she reveals herself! — and a good warning to any of us who long for “fame and fortune.” Because, of course, those things come at a cost.

Behind her hip façade, Ms. Armstrong feels similar pain. She says she has sought therapy to cope with vitriolic posts. “The hate mail will invariably happen, and when it does your entire world will crumble around your ears,” she says. In one example, she says a person she thought was a friend posted a comment saying she “wanted to punch me in the face because she hated me so much.” She adds she can understand why “famous people turn to drugs or commit suicide.”

Tomorrow Riley goes in for The Big Operation. o_O 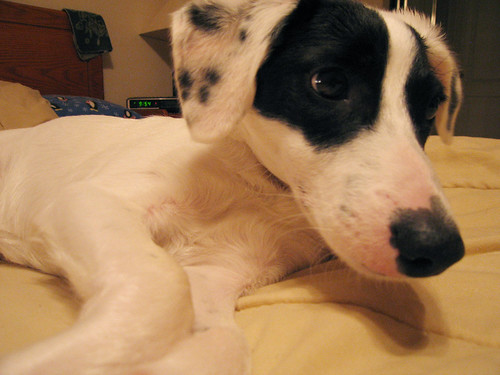 Wish him luck, and don’t make fun of him for being a cone-head when he gets out!