I find it hard to believe that this much time has passed since I graduated from Carnegie Mellon, since I packed up my dorm room and moved in with Andy, since I started working and paying bills and living life in the Real World.

Especially in the region of the Real World called Cincinnati, Ohio.

Growing up in Texas, I had enough geography to worry about in my own state, so I didn’t think too much about the rest of the U.S. or the world. Case in point: at age 4 I thought that because (a) Grandma lives in Florida, and (b) I have two Grandmas, then (c) there must be 2 Floridas. S-M-R-T!

With that said, it should come as no surprise that I knew nothing about Cincinnati until Andy moved here for his job, and even then I only learned it was in Ohio. “That must mean it’s close to Cleveland, right?” “Um… no.” “Oh.”

When I got here, I saw that there wasn’t much diversity (black and white and not much else), and I didn’t have any friends, and there was NO FREAKING BUBBLE TEA*, and naturally I thought, “This isn’t going to work.”

But a year later, when Angie came to visit and I drove her to places like Eden Park, Fountain Square, and Jungle Jim’s, I realized that somehow Cincinnati has grown on me. And I don’t mean like a fungus. More like a new haircut: you don’t like it at first, but then it gets a little longer, a little more familiar, and you realize it actually suits you all right.

Actually, that analogy doesn’t really do justice to how I felt driving down I-75 with Angie, telling her about the traffic patterns and the weather and my favorite places to eat. What I felt was ownership of this place, this small Midwestern town that I now belong to. Cincinnati has become my home — one of my many homes — and I’m happy, because I used to be afraid that that might never happen.

I’ll admit, Cincinnati didn’t sweep me off my feet the way Madrid did, but not every romance is going to be a whirlwind or a fairytale like that. Doesn’t make it any less meaningful.

All this introspection comes at a good time — the one-year mark — because I’m typical and I like to think of my life as having milestones or landmarks. I think this is one of them. I think this is going to be a pivotal moment, a turning point that could make or break me. I’m about to take a big blind leap into the unknown. And I’m glad I’ll be doing it here, in Cincinnati, where I’ve learned a little bit more about myself by learning a little bit more about where I am.

*Update: I have found bubble tea! See comments below.

On a somewhat related note, I finally found what I’ve been searching for. It’s what this next year will be all about: 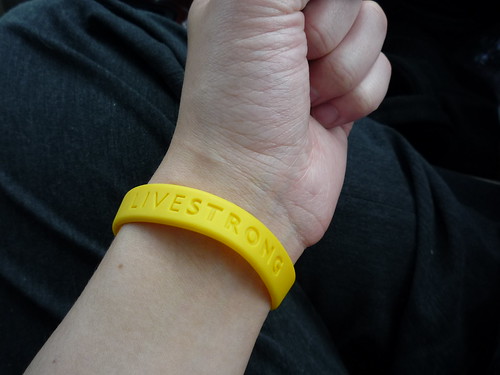