Remember yesterday when I was mocking Andy for being a 12-year-old boy and wanting to do the African safari twice? Well, um, on the last day of our Disney World vacation, I asked if we could go back to Hollywood Studios and play Midway Mania. FOUR more times.

Proof of his love: he said yes. 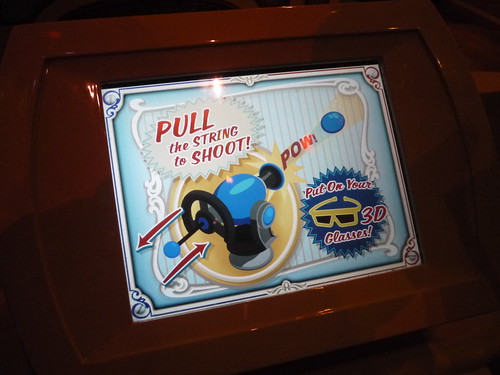 We also tried to win one of the three-eyed aliens during our lunch at Pizza Planet, but the game was somewhat rigged. We spent most of our quarters playing air hockey instead.

And yes, Andy wore the unnecessarily warm Posluszny jersey all day. To his credit, he did not whine about his accidentally scheduling our vacation on the first Sunday of pro football. (I made him get all that out of the way before we left for Florida.) 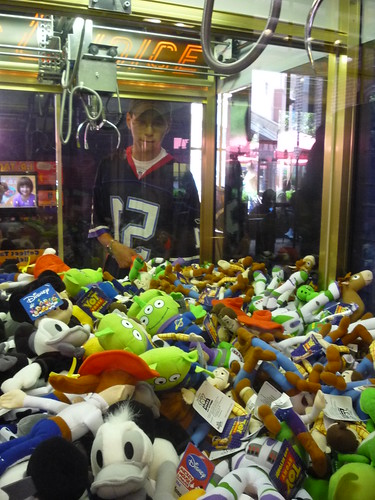 And last but not least, we took a backlot tour of Hollywood Studios, where we saw Walt Disney’s private plane, the Mickey Mouse-eared water tower, and this beautiful, beautiful sign. 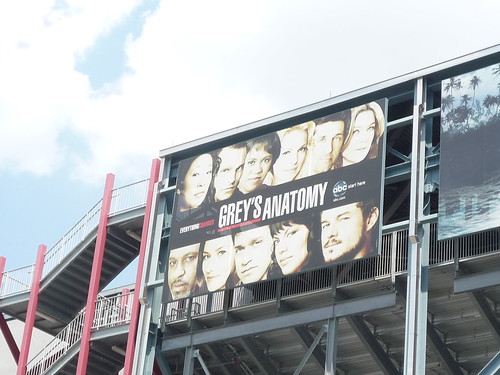 Beautiful mostly because the people ON it are so attractive. From what I’ve heard, I may be disappointed in Grey’s moving forward. But you know what? Meredith and Derek are back together. So if needed, I can pretend the show ended last year with their reunion. Just like I pretend that Vaughn never died (AND THEN CAME BACK TO LIFE WTH) on Alias.

Anyway, that was the end of our lovely vacation. I have to say, Andy did a superb job planning it out — and making sure I was fed at proper intervals throughout the day — so I think it’s my turn to organize our next vacation. Unfortunately I am both averse to and bad at planning things, and Andy is both averse to and bad at flying by the seat of his pants. So stayed tuned, friends, because next year, our vacation recap may contain a whole lot more CRAZY and whole lot less “magic.” :P