The No. 1 lesson I learned this Thanksgiving is that the internet is a lonely place during the holidays. Since Andy and I spent most of Turkey Day sitting on the couch with his family watching TV (the Macy’s parade, National Dog Show, and football) I decided that being plugged in to Gatsby wouldn’t be too rude after all. And it wasn’t. But it wasn’t that entertaining either. Most bloggers had taken the long weekend off — this is a job? whaaaa? — and my friends were all spending time with their families, apparently sans-laptops.

Way to leave me hanging, guys!

Fortunately Andy’s family didn’t let me be a couch potato all weekend. We went shopping on Black Friday (my first time!) and among our purchases was a Wii for their family’s early Xmas present. 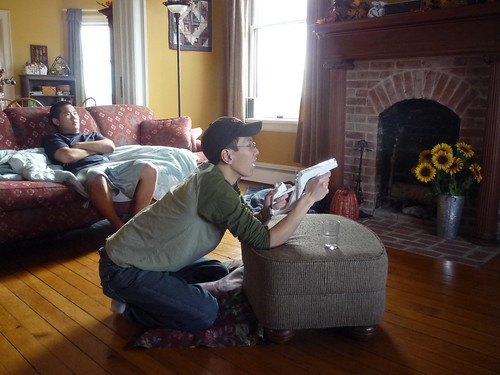 The dogs were not so fond of the Wii, seeing as it caused the humans to scramble and slide around the living room like crazy people, but I had a blast. I had never played before and harbored serious doubts about how fun and/or intense it would be, but let me tell you, VERY, on both counts. I’m still nursing my shoulder from Wii tennis… 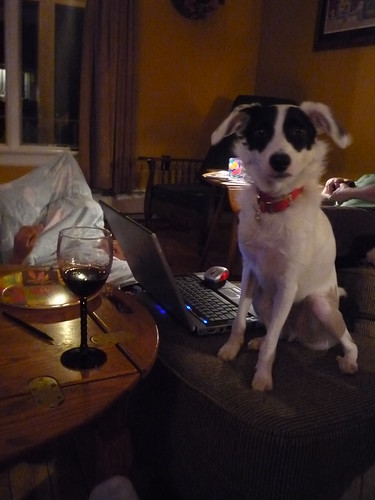 Later I surfed blogs for an hour or so, desperate to use Gatsby but lacking any real reason. (Novel? What novel?) In the end, though, I found that time somewhat well-spent.

In my surfing, I found several sites similar to my own in certain ways: girls ages 21 to 25; girls in the Midwest; girls staying home trying to make a go of some sort of freelance career. What I noticed in most of their posts was an attempt at what I consider Dooce-like humor, i.e., sarcasm, exaggeration, gratuitous references to pop culture or sex. There’s nothing wrong with any of it — hello, how much do I LOVE Dooce? — but what I realized was that it’s not really me. I don’t have an attitude. I’m not fall out of your seat funny. I’m just a sweet, twenty-something girl with big hopes and an unfortunate penchant for procrastination.

I kind of feel like that girl I saw on the MTV show “Paris Hilton’s My New BFF,” which I confess I watched for a few minutes once when Andy was out of town and I was doing my usual channel-surf-until-I-can’t-keep-my-eyes-open thing. This girl was one of the two who might be eliminated that night, and she was being forced to explain why she was on the show and what she thought she had to offer. She basically said she wanted to prove that a sweet, wholesome girl could survive — nay, THRIVE — in LA. And everyone else was like, HAHAHA SURE. Even I was saying, “Oh honey, you’re too cute and kind to be with these people. Get out of there while you still can.”

(Also I need to turn the heat up, because I’m shivering as I type this…)

Our Rochester trip ended with something I’d been wanting to do but totally forgot about in all the holiday hubbub: watching home videos of Andy! He remembered for me, and I’m so glad he did. The couple hours we spent — me, him, his mom and dad and brother — in the den watching Airport Day, birthdays, backyard playing, and Christmas, were some of my favorite from the weekend. 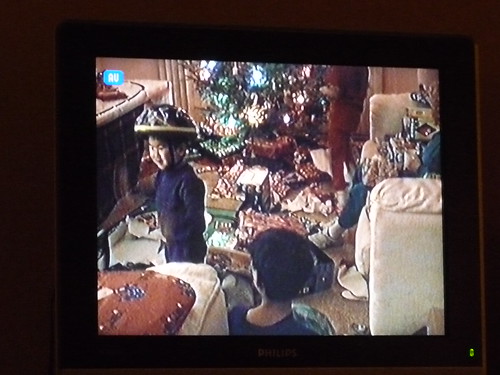 Maybe it’s because as a writer I’m inherently interested in people, their stories, how they grow and change (or don’t), but I’ve always been fascinated with seeing my friends as little people. I even enjoy watching my own home videos, which I’ve been told is pretty much certifiably insane. Regardless, it was a great way to end the weekend with Andy’s family, and to fulfill this charming saying that I saw by the back door of Andy’s house:

Cherish the Past, Dream the Future, Live the Present