Another awesome ABNA entry: The Origin of Ta Mo by Michael Sobie. It’s sort of a Chinese version of The Alchemist, but actually Sobie writes better than Coelho. (And don’t get me wrong, I like Coelho.)

In un-writing-related news, Spring is here! Well, sort of. Things are starting to green up, and I even busted out some flip flops, but my coworker said there’s a chance for snow on Monday. To which I replied, What’s a Monday?

Hey, does anyone know what kind of flowers these are? Right now I call them the “sweaty balls flowers,” but I’m thinking that’s probably not their real name. Nor is it very polite to Mother Nature. However, Mother Nature is the one that created said flowers, which do in fact smell like sweaty balls, so maybe I’m the one who should feel offended… 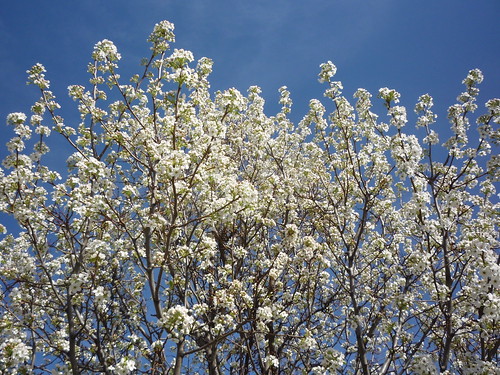 I think Riley would enjoy Spring more if it wasn’t ushered in with rainstorms. Last night he was being a big baby because of some thunder and lightning, and he kept trying to sit in my lap. That might have worked and been rather cute if it weren’t for the fact that I was using my lap to hold the computer on which I was trying to be productive. So when I turn 87 and someone asks me why I never achieved my life dream of becoming a famous author, I will say, “Because my dog is giant wuss.” 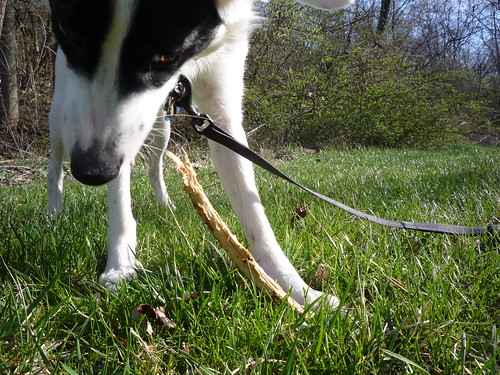 But what Spring ruins with rain, it makes up for with sticks. At least that’s what Riley always says.