Congrats to Joe, who won the Writer Unboxed Funniest Analogy contest! And thanks to everyone who voted. It won’t help y’all, but I’m hoping Joe will share his new literary wealth with me… ;P

I’m back in Cincinnati after a busy and… varied, trip to Houston. Saying it was nice would be too weird, because of having to put Yogi down, but I had a good time with my parents; settled on a Maid of Honor dress with Alex for her wedding; got to see Angie, Albert, and John; and celebrated the 2nd birthday of my “niece.” (Cousin’s daughter, second cousin, whatever. She calls me Auntie in Chinese.) 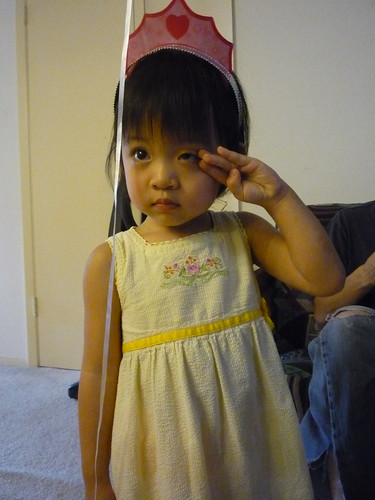 I managed to write on the plane home (while also watching Confessions of a Shopaholic on my iPod). I’m still behind, but not all that disappointed with my pace. Maybe because it’s just so much faster than I normally go? Only, I’m not sure why I don’t normally go at this pace, because it hasn’t been that tough and it feels good to see those numbers at the end of the day. Perhaps this is the beginning of a beautiful habit?