Since we have a lot of travel coming up in the next few months (Andy especially) we decided to keep our Labor Day weekend relatively low-key (and inexpensive). So on Saturday morning we headed up to Columbus to check out all the cute animals at the #1 zoo in the country! 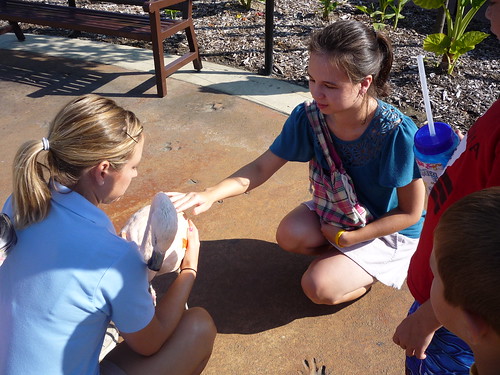 Yes, that is me PETTING A FLAMINGO. It’s okay to be jealous. 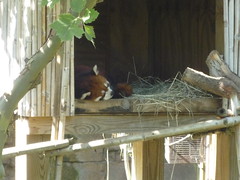 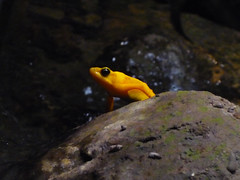 This red panda is demonstrating Law #1 of the Animal Kingdom: Animals sleep A LOT. At first it seemed like every animal in the zoo was doing their best Riley impression. Fortunately they started to wake up as the day went on.

That frog is just cute. 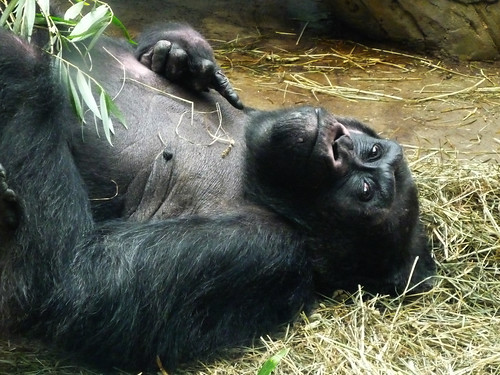 This is Colo, the first ever gorilla born in captivity. She’s a bit of an old girl now, but her expression is still so alert. 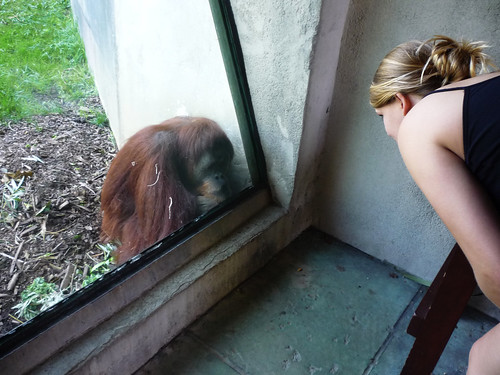 That orangutan was EMO. And I don’t know that woman, I just thought she made the picture more interesting. 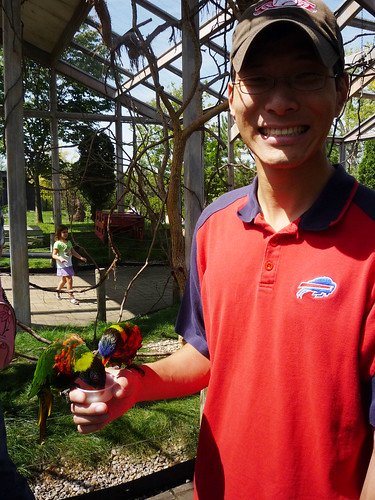 Andy loves feeding lorikeets, even though they are the same at every zoo and almost always pee on him. This time no pee, but they did flick the nectar juice on his shirt. 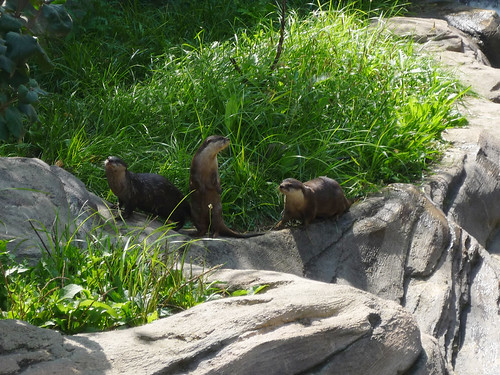 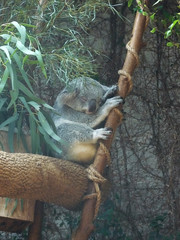 The otter gang was adorable, as was the sleeping koala. I totally would have cuddled them if cuddling them wouldn’t have gotten me kicked out of the zoo.

I cuddled these guys instead.

After (FOUR HOURS AT) the zoo, we were hungry but not in the mood for park food. So we let our handy dandy Garmin (GPS) tell us what was nearby and edible. The closest options were Wendy’s or “Morganhouse.” We had no idea what Morganhouse was, but hey, it was a holiday, we were going to be adventurous goshdarnit!

Well, it turns out that The Morgan House is pretty freaking awesome. Located in a beautiful (but not pretentious) suburb called Dublin, The Morgan House is like Cracker Barrel meets Pier 1 Imports meets delicousness. 75% is a split-level store, currently filled with Halloween/Thanksgiving/Christmas decorations, cooking spices and supplies, vintage clothing, jewelry, furniture, and more. The other 25% is the restaurant, but of course we went in the store entrance and were walking through thinking “WTF Garmin?”

When we finally did find the restaurant part, we decided this place was too quirky not to try, and BOY was that the right decision. I got a chicken pot pie SERVED IN A FLOWER POT, and Andy got a roast beef melt served on a croissant. They also gave us complimentary banana nut muffins to start, so I was all, You had me at banana nut! 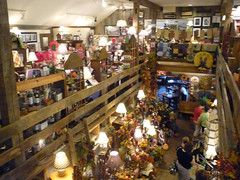 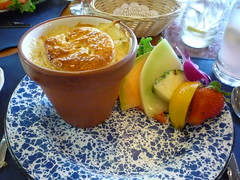 Afterwards I got a massive throbbing headache so we went home (skipping the Chihuly exhibit at the Columubus Conservatory, but we’ve seen his stuff at Phipps in Pittsburgh so I don’t feel that bad about it).

Sunday night we went to a friend’s house for dinner and several rounds of Trivial Pursuit for the Wii. That is an AWESOME game, let me tell you. But you have to play the Hardcore Battle Mode (which is totally not what it’s called). My main contributions for the night were answers relating to Dooce and LOLcats.

Last but not least, today we made niu rou mian (and by we, I mean Andy) and then went to another friend’s house for a BBQ, cornhole, and croquet. Yes, CROQUET. I didn’t play, but I don’t think anyone else really did either. I’m pretty sure one of the dudes just made up rules off the top of his head and everyone went along with it.

So that was our labor day. A whole lotta days, but almost no labor!