I’m… surviving. The past few days I’ve had almost no free time until dinner, and by then all I wanted to do was eat and then sleep. (Or at least veg out.) For the record, I’ve STILL met my word quotas every day. Despite really really really wanting to skip them and go to bed instead. The WIP is now at 16,000 words.

The reason for my exhaustion: Our move (work, not home) is now exactly 1 week away. But surprisingly, things seem to be under control. (I think.) A lot of that is because my coworker had her college-aged son and two of his friends come be my helpers. They moved furniture around in our new office space, and packed up the basement of our old building. They were great — both as helpers and guys — but it was a little strange to realize that they probably thought of me as “old” just because I’m in the working world and they’re still students. Being considered old = -_-

No seriously. READ IT.

Also, as promised, here are a few pics of Riley’s new next door buddy, Sunny: 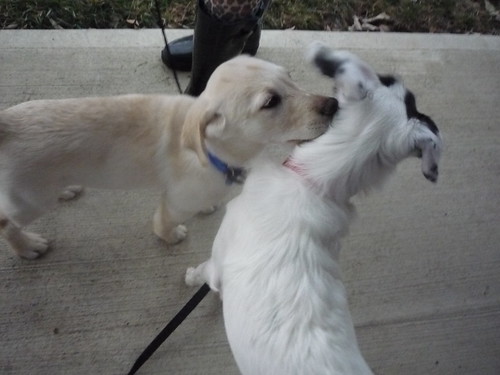 Please note that Sunny is a whopping 8 weeks old and already as big as Riley. 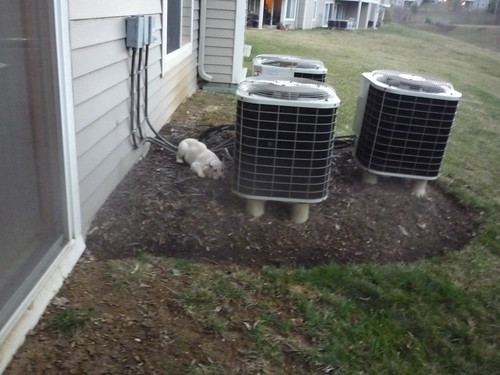 Also, he has this weird habit of going to lie in the mulch around the a/c units. Don’t ask. 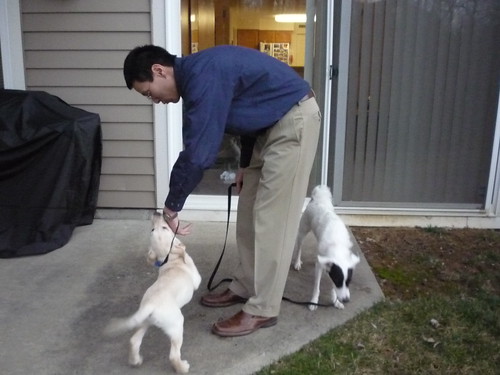 Also, he always wants attention. Weird, right? It’s like he’s a puppy or something.