I promise not to go on about the engagement forever, but a few people have asked about the scrapbook Andy made of his other proposal ideas, so here are a handful of my favorites. 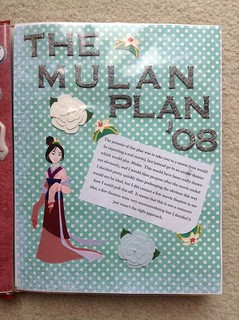 Andy and I don’t have a song, but we do have a movie. And that movie, of all things, is Mulan. Because as soon as I found out that he hadn’t watched it, I borrowed my roommate’s copy and marched over to Andy’s dorm room. (I was a sophomore, he a junior.) It was the perfect excuse to spend an evening together, and after a couple hours of sitting next to each other on his futon, buzzing with electricity anytime our knees or elbows bumped, we finally confessed our feelings for one another.

For the Mulan Proposal Plan, Andy was thinking of taking me to a movie theater, ostensibly to see something else (i.e., something current), but the surprise would be an empty theater showing Mulan for just the two of us, followed by his proposal at the end. A super sweet idea, but Andy was worried that the suspense and excitement would fizzle out over the course of the movie. 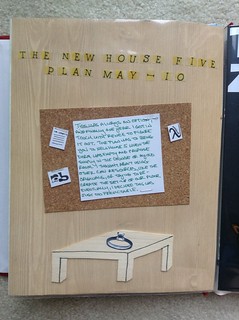 Like the Mulan plan, this one hinges on our shared history. New House 5 is where we met — the top floor of my freshman dorm, for which Andy was my RA. And then he was RA again the year after — for a different set of kids, but I visited him a lot. And then I was the RA on that floor for the next 2 years. So many of our fondest memories, both together and independent, are rooted in New House 5. It was and forever will be a home in our hearts.

Getting engaged there would definitely have been meaningful and wonderful, but since everyone we know has graduated by now, I’m not sure he could have taken me back without arousing suspicion. 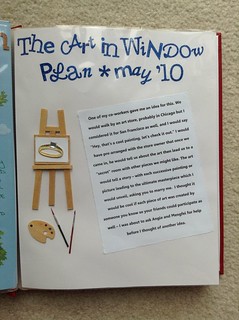 The seeds of Andy’s final proposal plan are probably first visible in May of 2010, with the Art in the Window scheme. This concept hinged on the fact that whenever we travel, we buy a piece of art as our souvenir. (Andy loves stuff, but I do not, so this is our compromise. No snow globes or keychains for me, thanks!) His idea was to lure me into a specific art gallery, and then after I expressed fondness for whichever item, the owner would say that he had other similar, better offerings in the back.

In the back room, the owner would show me through a series of paintings or sculptures — each created by one of my family or friends — which together would tell a story. Andy would unveil the final masterpiece himself: his proposal, in art form.

The logistics of this would probably have been a nightmare, but I’m glad that the core concepts — meaningful creations, friend involvement, sneakery — made it into the final proposal. 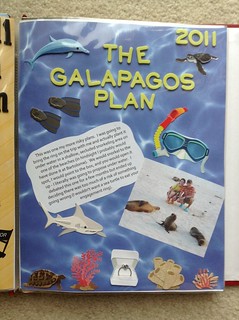 While I adore the idea, the reality is that we were housed in a room smaller than some SUVs. He wore swim trunks most of the time. The currents were strong, and the wildlife were unpredictable. Either I would have seen the ring, or else a sea lion would have stolen it.

Plus, this was the trip where I discovered I was allergic to the sun. I would not have been happy to be proposed to when I looked half lizard, all bumpy and itchy and red. 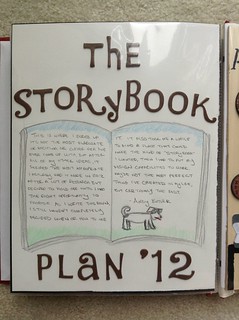 And of course, the one that finally planned out. When Andy made this page for the scrapbook, he didn’t have all the details ironed out — namely, how he would present the book to me — he just knew that this is the one he wanted to go with.

It wasn’t the most elaborate or exotic of his ideas, but it was so thoughtful. So well-executed. So… me.

The scrapbook holds about a dozen other proposal plans — planting a tree together, watching a meteor shower, serenading me on-stage with Keith Urban — but the ones above were my favorite. 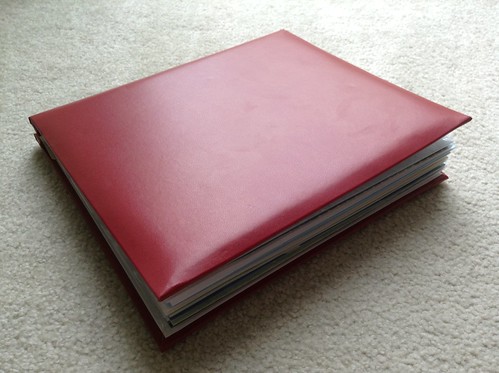 A rather unassuming looking book, but now one of my most beloved in the world. Along with THE STORY SO FAR, of course.