Saw rerun of Bewitched. Recalled childhood kinship w Tabitha bc she was halfie too. Witch, not Asian, but still. <- #WeNeedDiverseEverything

In case you missed it, the YA community is spearheading a charge for increased diversity in contemporary literature. The #WeNeedDiverseBooks campaign is amazing, and you can find out how to participate here.

For my part, I’m tweeting and re-tweeting, and I’m writing diverse stories, and I’m now (as ever) sharing my own personal thoughts and experiences.

Last night, I caught a rerun of the 60s television show Bewitched, which I used to love as a kid. The hijinks of a witch and her ad exec husband — what’s not to like? Best of all, they had a kid. A HALFIE kid. Like me. And even though little Tabitha didn’t do a whole lot in the story, I adored her. She was one of the few “biracial” characters I knew growing up. 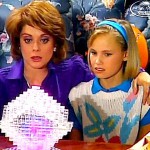 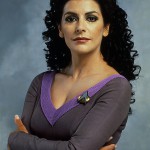 Other favorites included Evie, the half-alien star of Out of This World, and Deanna Troi on Star Trek: The Next Generation, who was half-Betazed. Noticing a pattern, anyone?

There’s more. My favorite Disney princess was Belle, a brown-haired, brown-eyed book lover, and my favorite anime character was Sailor Jupiter, a brown-haired, brown-eyed tomboy. No matter that they were French or Japanese, respectively. I was looking for myself in stories, and these were the closest resemblances that I could find. Not precisely right, but better than nothing. 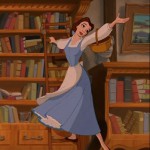 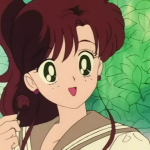 Now imagine a kid who can’t see herself anywhere. Not even in these pale approximations. The idea of that honestly makes me cry.

We need diverse books — and movies, and music, and teachers, and business leaders, and politicians, and everything else. We need them, and we shouldn’t have to justify why. The reasons are pretty evident.