I know I’m late to the party, but Game of Thrones, man. Wow. 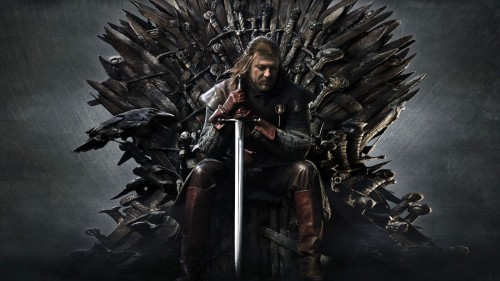 Spoiler level: Somewhat high, but only for Season 1.

I could talk about these characters and their stories forever, but today I want to focus on Ned. Head of the noble Stark family. Warden of the wintry North.

In many ways, Ned is the prototypical hero figure: a strong, handsome man governed by his own sense of honor and morality. He’s a loving father and husband, and a successful leader who is fair to those he rules over and serves.

All of these good qualities are what endear him to us — but unfortunately, they are also what lead to his downfall.

Out of loyalty, Ned follows an old friend into treacherous territory. Out of compassion, Ned warns an enemy about impending danger. Out of love for his children, Ned compromises his integrity and is forever branded as a traitor to the king.

In most stories, we would expect Ned to find a way out of his predicaments. He’s a hero! He’s not supposed to lose.

But Game of Thrones isn’t most stories, and Ned doesn’t win.

It’s such a twist on our expectations. It’s a slap in the face to the long-held tradition of good always triumphing over evil.

The boldness of George R.R. Martin’s decisions is hugely appealing and inspiring to me. (And to many others, it seems, based on the popularity of the series.) It’s not that the good guys can’t ever come out on top — it’s that GRRM makes us really think about whether or not they will. He makes them earn it.

Of course, this also works because there is no one single hero in Game of Thrones. It’s an ensemble cast with many compelling characters. I’m sure this won’t be the last time I talk about them.

Now excuse me while I go binge-watch Seasons 2-4…

Blargh! I used to not care whenever the internet freaked about #GoT. Now I'm annoyed bc I'm so far behind. (New to HBO, still in season 2.)

To clarify: Annoyed because I want to be freaking out too! #GoT