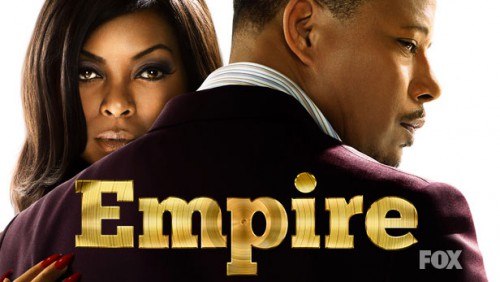 Let me start by saying: I am not going to be able to do this show justice. There is too much to unpack. But I can’t not talk about it! It’s too entertaining — and too important.

If you want to read something more comprehensive, here are two really good articles:

As for me, I just want to mention a few specific elements that hooked me as a viewer and impressed me as a storyteller.

This shouldn’t be a big deal, but it is. I mean, “racism is dead,” yet we still have separate sections of the greeting card aisle for “Mahogany” cards. The truth is that we live in a society where non-white, non-heterosexual, non-able-bodied people are automatically designated as “other,” in ways both big and small.

So the fact that millions of viewers — of every demographic — were tuning in each Wed night to watch the Lyon family? The fact that Empire has absolutely dominated the ratings this season? And the fact that it is the first show in at least 23 years — maybe the first drama ever — to increase its viewership with every single new episode?

Empire isn’t the first show to tell us these things. From my childhood, I can remember Fresh Prince of Bel-Air and Family Matters, and more recently, there are shows like Black-ish, Jane the Virgin, and Fresh Off the Boat. But Empire is the biggest, loudest, and most impossible to ignore. I have no idea if it can sustain this momentum or for how long — but I don’t think that matters. Nothing can erase the accomplishments of this first season.

I think Empire could be a watershed for mainstream American culture. I hope so.

One of the show’s many strengths is its audacity. Empire goes where most stories are afraid to go, and it does not tread lightly.

One gay son. One with bipolar disorder. One with mommy issues that lead to dating inappropriate women. And then there’s the racism, sexism, wealth, creativity, religion, and more. Empire doesn’t shy away from anything.

What I think is most significant, though, is that Empire is tackling these topics from the “hip hop gaze,” so to speak. Political correctness is not a priority. Keeping it real is. Which means that even the family members who have no issue with Jamal’s homosexuality refer to him in ways that would make most liberals cringe. And when Andre experiences a mental health breakdown, his concerned, loving mother still has a hard time believing that he could be afflicted by “white people problems.”

The Lyons are not intended to serve as role models. The things that they say, do, and believe are not always kind or pretty. But the Lyons are not our court jesters either. This isn’t like a trashy reality show where the viewer is meant to laugh at the contestants, to watch from a safe and comfortable emotional distance, to feel superior. When you watch Empire, you are a Lyon.

That’s why the social commentary is so impactful. Would I say that? Have I done that? Do I think that? Terrence Howard does a fine job as Lucious Lyon, but Lucious to me is just the engine for the story. His ambition and his selfishness are what create all the conflict. In some ways, he’s more like a force of nature than one of the heroes. I’m certainly not rooting for him.

So after Taraji/Cookie, I would say that the Lyon sons (collectively) are the next best part of the show. No matter how many times they are pitted against each other — either directly or indirectly by their father — Andre, Jamal, and Hakeem keep coming back to their brotherly bonds. Hakeem and Jamal are particularly close, since they share a talent and passion for music, on top of everything else. But even Andre, the business-minded tone-deaf “black sheep” of the family, can put aside his resentment at being left out and offer a hand to his brothers when needed.

Edited to add: The depiction of Andre’s bipolar disorder is perhaps not entirely medically accurate, but I think there’s an emotional truth to it. Also, Trai Byers does an incredible job with the material he’s given.

More than anything else, I hope the relationships between Cookie and her boys will stay strong over the course of the story. That fierce family love is what’s most powerful and universal in Empire. It’s what got us through the scheming, murders, betrayals, and countless other twists of this first season. I can only imagine the storms it will have to weather next year.