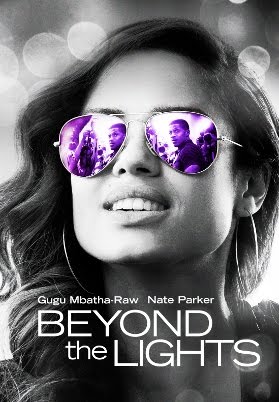 My friend Elissa recommended Beyond the Lights several times on Twitter, so when this striking image popped up on Netflix, I immediately took note. (I didn’t realize that the love interest is reflected in her glasses until I was putting the picture into this post, though. Hah!) Beyond the Lights is the story of Noni Jean, a pop starlet who has lost her true self in the swirl of fame. Her depression is dragging her under, and no one sees it — until one night, police officer Kaz Nicol somehow does.

Noni and Kaz not exactly star-crossed, but they do come from very different worlds. Will loving each other help or hurt their respective goals? What happens when what you want isn’t actually good or right for you?

Ambition and over-sexualization, performance and creativity, romance and self-discovery. The movie explores a lot of themes that I have a strong interest in. Also, Gugu Mbatha-Raw is mesmerizingly beautiful, which is eclipsed only by her immense talent. Her eyes could almost tell the story all on their own. 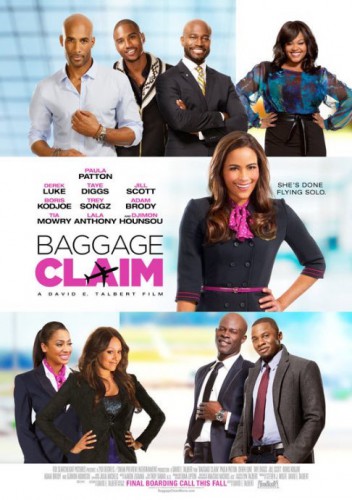 Baggage Claim is not a great movie… But it’s fun, and it features a wonderful cast that really drew me in. I mostly know Paula Patton from Mission: Impossible 4 and from her former marriage to Robin Thicke, so seeing her in this kind of a light-hearted role was a change of pace. She really embraced the goofiness and the physical comedy, and she’s just a delight to watch. (Random observation: At times she bears a strong resemblance to Jennifer Lopez.)

Adam Brody is a scene-stealer, and Taye Diggs performs with an unexpected and understated hilarity. They are also two of the many, many, many extremely handsome men in this movie.

Then there’s the airline support staff — curbside luggage guy, check-in counter lady, and security checkpoint guy — who subtly ratcheted up the humor of their performances throughout the film until they had me laughing out loud (for real) by the end. They reminded me that even small characters can have a big impact on the success and enjoyment of a story. 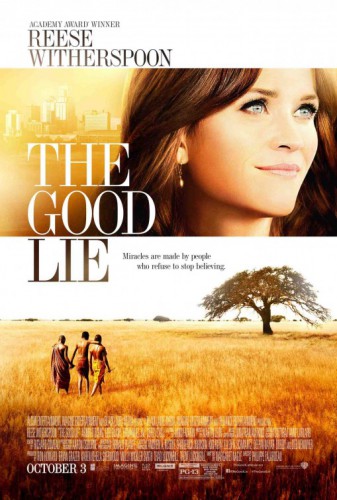 To be honest, I bawled my eyes out the first time I saw a trailer for The Good Lie. But I was hesitant to actually go see it, because I thought Hollywood would do their usual thing and turn this into a story about Reese Witherspoon’s character. I mean, just look at the poster, right?

But I’m happy to report that Reese is barely in this movie. (Just to be clear, I do like her!) Instead, the story rightfully centers on 3 young men and 1 young woman who survive a terrible war in their home country of Sudan, and eventually find themselves trying to recover and make new lives in America. It’s about children robbed of innocence, families torn apart, sacrifices and choices and powerlessness, and the things we can never forget.

Another thing I loved about this movie is that the main characters are portrayed by Sudanese actors. In fact, several of them lived through the horrors depicted in the film. I cannot imagine how difficult it was — and hopefully empowering too — to tell a story so near to one’s trauma and to one’s heart.