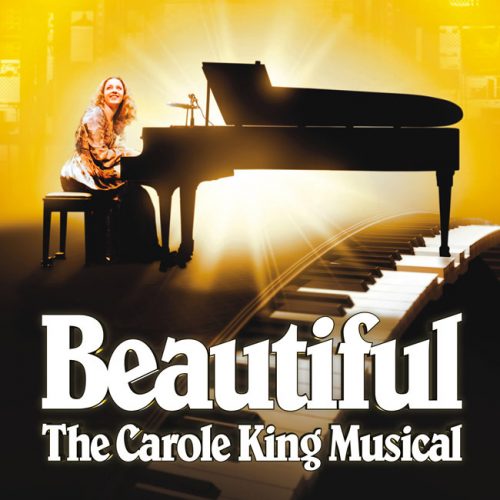 A few weeks ago, I saw Beautiful, the musical about the life and career of singer-songwriter Carole King. I really enjoyed it on multiple levels.

Before the show, I basically only knew Carole King from the Gilmore Girls theme song, which I sing to my daughter all the time. Where you lead, I will follow…

Turns out, King was sort of Taylor Swift before there even was a Taylor Swift. Her career began in her teens, and she wrote tons of oldies hits that I love. “I Feel the Earth Move,” “You’ve Got a Friend,” “One Fine Day,” and many more.

At first she was primarily a composer, writing the music on her piano, while her husband penned the lyrics. Other artists and groups recorded their songs. Later in life, King and her husband divorced, and she began to write in a deeply personal style and record those songs herself.

I think what struck me most was that, despite working in pop/rock and roll, King was always a self-described “square,” and very comfortable with that. She had extraordinary talent and a healthy level of ambition, but she was also very down to earth. She didn’t want to be stylish or sexy or cool, she just wanted to be herself. A good wife and mother. A successful songwriter.

King’s story reminds me that you can do both.

(Which isn’t necessarily the same as “having it all.” I think the musical does a good job of showing that it isn’t easy. There are sacrifices and costs.)