You lose a lot of reading time when you’re taking care of a baby — or at least I did. I read fewer than 10 books in 2017. I did read tons of articles, and several short stories, but still. It’s a little bit sad.

I think not reading as much also has a noticeable impact on my writing. Less input, less output. So lately I’ve trying to make reading more of a priority, even if it’s just for a few minutes before bed each night.

Anyway, these were my favorite books in 2017, in order of when I read them: 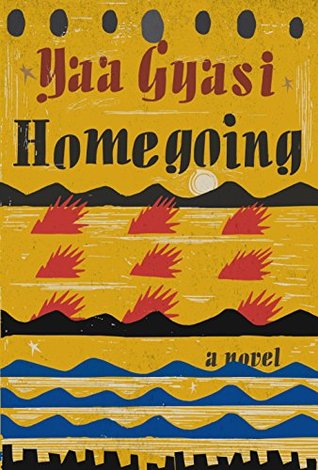 I talked a bit about the three YA titles over at We Heart YA. Here, I want to share a few lines from HOMEGOING, a book that grabbed hold of me and wouldn’t let go. I loved the characters, the themes, the back and forth “twin” structure. It’s brilliant and beautiful, powerful and moving. (I actually doubled over in agony at one point!) My top favorite of last year, no question.

It had created an impossible situation, and those who had been determined to stay on the fence found themselves without a fence at all.

Among other things, this line reminded me of the 2016 presidential election.

She was staring at the bark on the palm trees, the rounded diamonds crisscrossing against each other. Each one different; each one the same.

I love the simplicity of this image, and the beauty and truth of the observation.

“There should be no room in your life for regret. If in the moment of doing you felt clarity, you felt certainty, then why feel regret later?”

That is something I really struggle with. I agonize over decisions, even dumb little ones sometimes, and if I later find out that a different choice would have been better, I have a hard time letting it go. What a useless way to spend my time and energy. And worse: it’s me undermining myself.

I’ve been working on it, though, and I think I’m getting better.

The word hit her like a memory. Though she had never been there, she could sense its presence in her life. A premonition. A forward memory.

I love that phrase, “a forward memory.” I have had that feeling before, but never had a name for it. Such a strange and beautiful thing.

(Early in my relationship with Andy, we broke up. I remember so clearly this feeling in my gut that it wasn’t The End, that it couldn’t be. I just knew in my bones that there was supposed to be more to us, as if I had already seen it, already lived it. Happily, it turns out I was right.)

Such a smart, important, and difficult truth.

“Just because somebody sees or hears or feels something other folks can’t, doesn’t mean they’re crazy. My grandmother used to say, ‘A blind man don’t call us crazy for seeing.'”

I never really thought of it that way, but it’s a good comparison. A good reminder of how and why to respect other people’s perceptions.