Several months ago, I wrote a column for my dad’s newspapers about life as a new mother. Now I’m working on another one, about the part that technology played in our first year of parenting.

Recently I read my friend Jasmine Warga’s second book, HERE WE ARE NOW. On the surface, it’s about a daughter reconnecting with her long-lost father, who has become a rock star. But on a deeper level, it’s a love letter to music, to immigrants, to artistic ambitions, and to the messy ups and downs of relationships of all kinds. I adored it.

I also found a very pleasant surprise at the end: my name in the acknowledgments! 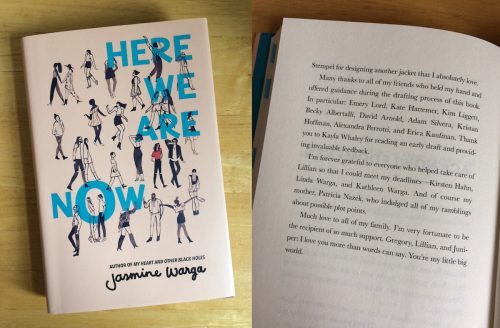 While This Is Us and The Good Place were on winter break, I needed some well-written, light-hearted TV. I decided to try Brooklyn 99, and it did not disappoint. Like Michael Schur’s other creations (Parks and Recreation, The Good Place), the show focuses on characters that are basically good people, who care about each other, their work, and the world at large. That’s not necessarily a great setup for comedy, but the characters are so quirky, and they play off each other perfectly. 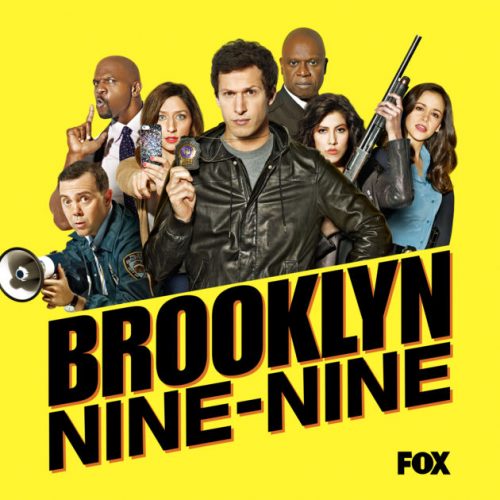 Rosa is my favorite — for some reason I am often drawn to the “tough chick” — but even as I say that, a part of me wants to take it back and make a case for each of the other characters. I love them all, and can see pieces of myself in every one.

A voice for the voiceless

The Shape of Water is not a feel-good funny movie, but there were, to my surprise, several moments where I laughed. (“No, no, don’t play with the kitties.”) 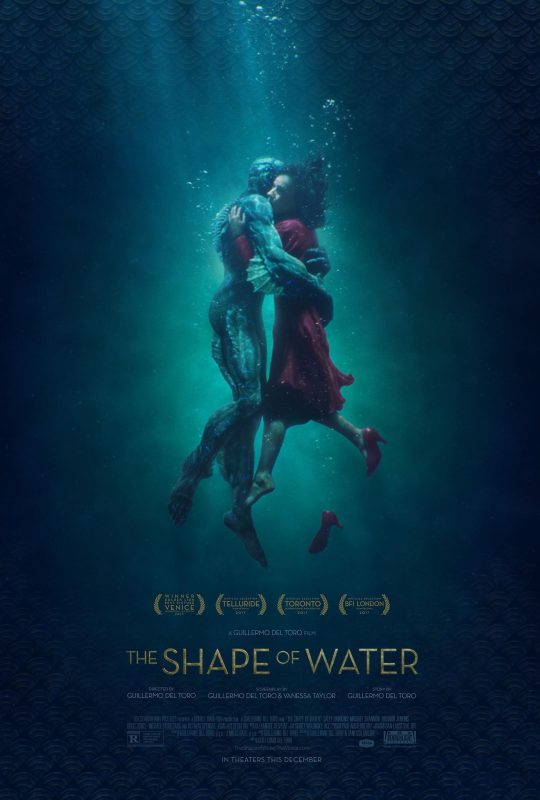 I did not love The Shape of Water the way so many people seem to, but I did admire its beauty, its ambitions, and its themes. I find myself thinking about it a lot, which is just as significant as loving it, I think, but in a different way. It’s a story about outcasts, and how hungry we all are for love. Sally Hawkins was tremendous in the lead role, and Michael Stuhlbarg sneakily wormed his way into my heart as Dr. Hoffstetler.

I’ve been a Taylor Swift fan from the beginning, but I’m not against an artist evolving with the times. (I hope to be given that opportunity myself, after all.) Overall, I’ve enjoyed her progression over the years.

That said, I was pretty wary of her latest album, Reputation, after hearing the first couple of songs. It’s not that they were bad, but… The heavy-synth sound is not my thing, and the petty, repetitive lyrics did not impress me. 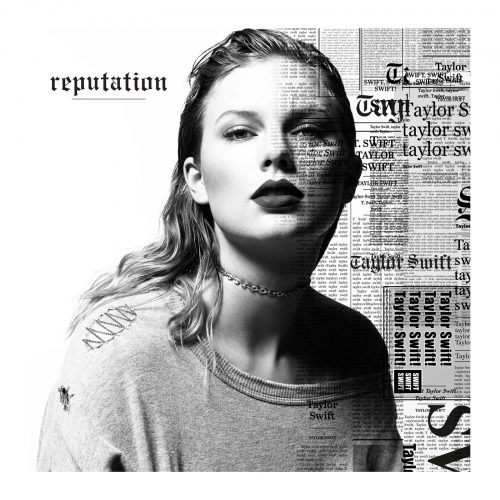 I’ve now had the chance to listen to the entire album on Spotify, and on the whole I’d say it’s fine. Not great, but fine. The Old Taylor is, contrary to reports, still alive and well (particularly in “Don’t Blame Me” and “Getaway Car”) and the New Taylor is, if not excellent, at least interesting.