Scenes from my aunt’s house

One tree in the front yard, or two? Wood siding, or brick? Have I ever even set foot in the backyard?

These questions roll through my mind during the drive to Dallas. It’s been over 10 years since I last visited my aunt’s house, but 4 short hours later, here we are. The front walk is like memory lane, leading me to answers I didn’t realize I had forgotten.

I’m 7 years old, sitting at the dining table, legs tucked underneath me. I hold out one finger, my body tensed in fear of being bitten. Inside a brass cage, yellow and blue feathers rustle, punctuated by twin chirps. My aunt opens a little door and slips her hand in. Next thing I know, tiny claws are dancing across my pointer finger. I relax and smile.

I’m 9 years old, playing Hearts on my laptop. My cousin, older and wiser, leans over and shoulders me out of the way. “Have you heard of an mp3?” he asks. As I shake my head, he is already typing and clicking and downloading a few things from his server at MIT. “It’s the future of music,” he assures me. Soon we are listening to some song called “Sweetest Thing” by some band called U2 on some program called Winamp. Impressed, I nod to the beat and try to sing along with the chorus.

I’m 10 years old, knocking tentatively on my cousin’s bedroom door. He doesn’t say to come in, but he doesn’t say to go away either. I close the door softly behind me. He’s sitting on the bed, face red with anger, eyes wet with tears. I sit down on the floor in front of him, but he just keeps staring hard at the opposite wall.

After several minutes of silence, I ask if he wants to play Connect Four. He still doesn’t say anything, but he scoots off the bed and slides the board game out. We’re dropping our red and black checkers into place when his father comes in to apologize. But he never actually says he’s sorry. He just holds his arms out and waits. They hug silently, my cousin’s small body stiff, my uncle’s hand heavy on his back.

I’m 12 years old, up late for no real reason. While the rest of the house sleeps peacefully, my typing fills the darkness. A childhood friend is teasing me over chat, but I feel something else coming. Something exciting and frightening.

Joy, regret, and panic churn inside me. With tears in my eyes, I type, “I’m sorry.” I hit send. I sign off.

I don’t sleep that night.

I’m 26 years old, sharing a mattress with my mother. In the morning we wake to soft light filtering in through the windows. Still half-asleep, we stay in bed, lying on our backs and talking. Catching up, sharing stories.

Memories layer one on top of the other, new on top of old, hers on top of mine. It’s been over 10 years since I last visited my aunt’s house, but pieces of me linger, hanging on the walls next to the photographs. I collect them now, questions and answers no longer forgotten.

One tree. Brick. Still not sure.

I think this is the longest I’ve gone without blogging in years… Completely unintentional, mind you! I have plenty to say, I just can’t seem to get around to saying it.

Normally I think apology posts are pointless/silly — and maybe this still is — but I wanted to explain.

1) I was traveling last week. To Houston to see my parents, with a side trip to Dallas to see my aunt. Lots of driving, and one frustratingly delayed flight. Not a lot of internet time.

2) I got back on Monday and was planning to blog that night. But then I slipped and fell while walking Riley. Several dizzy spells, one compression brace, and a couple ice packs later, I suspect I may have a sprained knee. :(

So please excuse me while I hobble around — literally and figuratively — for a bit.

THE PARIS WIFE by Paula McLain

Truth be told, THE PARIS WIFE by Paula McLain is not the type of book I would have picked up on my own. A “biofic,” it might be called. But after seeing McLain at Books by the Banks last year, I wanted to know if her eloquence and enthusiasm translated to the page. (IMO, it did.) The story is told from the point of view of Hadley Hemingway, Ernest’s first wife, and focuses on their years together. As a woman in a committed relationship, I did connect with Hadley, but to my surprise, I found myself drawn more strongly to Ernest himself. Despite his boorish behavior at times, he was a writer, an artist above all else, and his absolute, uncompromising conviction stirred a lot of emotion in me.

(As did his insecurities. And Hadley’s.)

As I read, I wondered if Andy would identify with Hadley to some degree too. They’re both highly sensible, yet with enough of an artistic sensibility to connect with their creative partners, and they both have to deal with supporting — indirectly enduring? — the unstable, untraditional path of a writer. Granted, I don’t get drunk or fight bulls like Hemingway did… but still. I know it isn’t easy.

Anyway, I highlighted the HECK out of this book, and it was extremely hard to choose which quotes to feature here. I may end up having to do a couple short follow-up posts, actually, but these will do for now.

The whole time he talked fast about his plans, all the things he wanted for himself, the poems, stories, and sketches he was burning to write. I’d never met anyone so vibrant or alive. He moved like light. He never stopped moving — or thinking, or dreaming apparently. (15)

I remember showing my writing journals to Andy for the first time. How vulnerable and exposed I felt, because here were all my innermost ideas, laid bare to be read, possibly judged. Each hastily scribbled line was a seed; whether it would bloom or not, I had no idea. This was not a beautiful garden so much as a vast field that I tended and watched with tentative hope.

Fortunately Andy didn’t say much. He just flipped pages slowly, taking it all in, taking me in, with a kind of reverence that I noticed and appreciated.

His mood was pretty low during this time. He’d gotten several more rejections on stories he’d sent to magazines, and it hurt his pride. It was one thing when he was writing part-time and having no success. But now he was devoted to his craft, working every day, and still failing. What did that mean for the future? (67)

Oy, do I feel this. When you’ve put everything on the line — your reputation, your fortune, your heart — you can’t help but feel it. I am so lucky and thrilled that I could afford to quit my job and pursue writing full-time. But I’m terrified too.

In our circle, everyone believed things would hit for him, and that it was only a matter of time. “You’re making something new,” Pound told him one day in his studio. “Don’t forget that when it starts to hurt.”

“It only hurts to wait.”

“The waiting helps you boil it down. That’s essential, and the hurting helps everything along in its way.” (127)

Patience really is the hardest part. Thank god for the people who believe in you.

Now, switching from the writing focus to the relationship bits…

I feel like that’s a good motto in any relationship, but in a marriage especially. The truth may not always be easy or pretty, but it’s the only foundation you can build anything long-term on.

I also liked to look around at the houses surrounding the park and wonder about the people who filled them, what kinds of marriages they had and how they loved or hurt each other on any given day, and if they were happy, and whether they thought happiness was a sustainable thing. (92)

Do you ever play this game? I know I do. I speculate about couples at restaurants and on the bus, about celebrity couples, about couples I actually know. It’s as if I think figuring out their problems will help me solve — or avoid — my own.

But the truth is, we can’t compare our relationships to anyone else’s. There’s so much that goes on within each person’s heart, head, and home that we never see.

It gave me a sharp kind of sadness to think that no matter how much I loved him and tried to put him back together again, he might stay broken forever. (100)

I felt that way about someone once. I don’t love him anymore, not in that way, but I still think of him from time to time, and wonder about him, and hope for him.

“Sometimes I wish we could rub out all of our mistakes and start fresh, from the beginning,” I said. “And sometimes I think there isn’t anything to us but our mistakes.” (220)

Back in 2007, when Andy and I went on our very first trip together, my mom said it would be a good test for us. That you learn a lot about your compatibility with someone when you travel with them.

Five years later, at a chic Italian bistro in the North Beach neighborhood of San Francisco, Andy says out of nowhere, “I think my favorite thing in the world is traveling with you.” 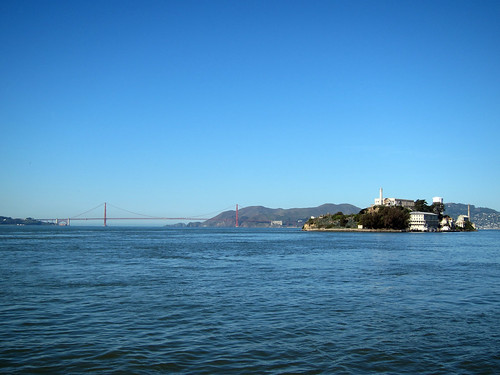 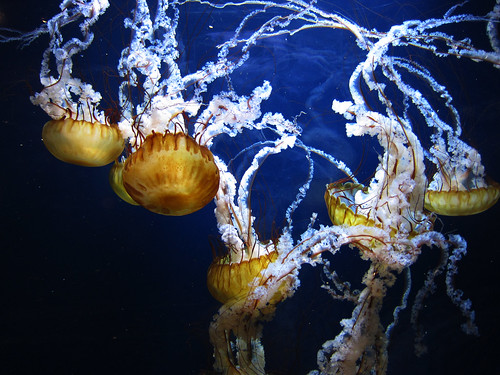 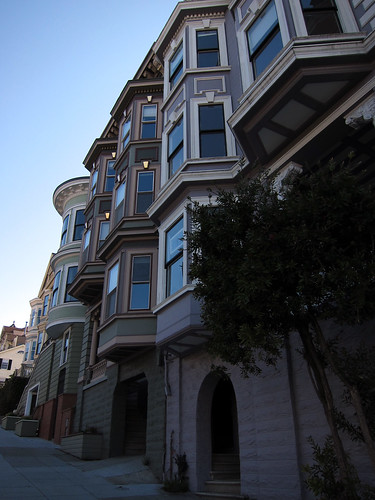 Typical SF houses in the Mission District. (I felt like I was in Lola and the Boy Next Door!) 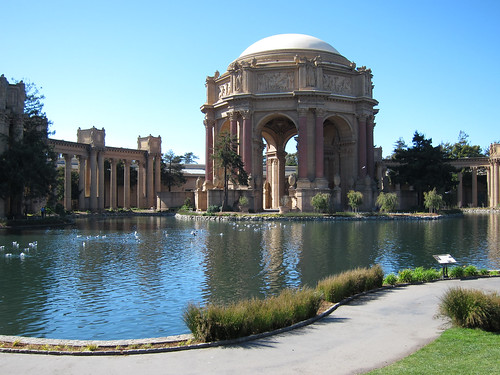 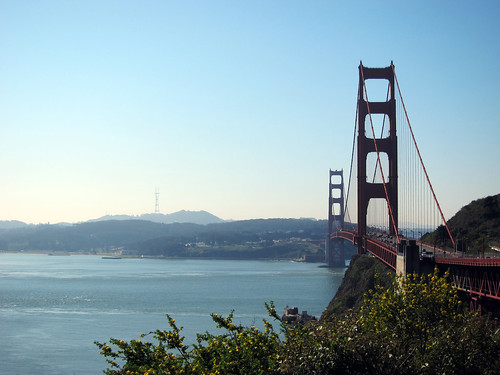 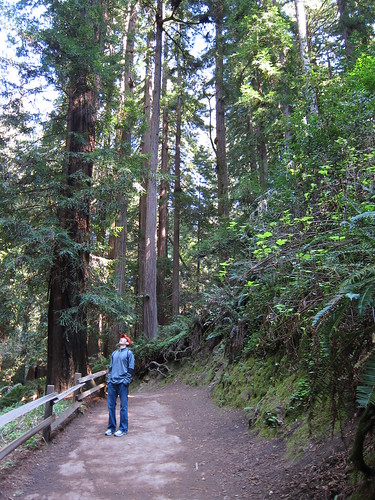 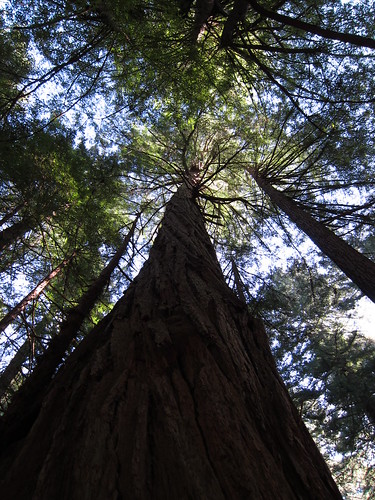 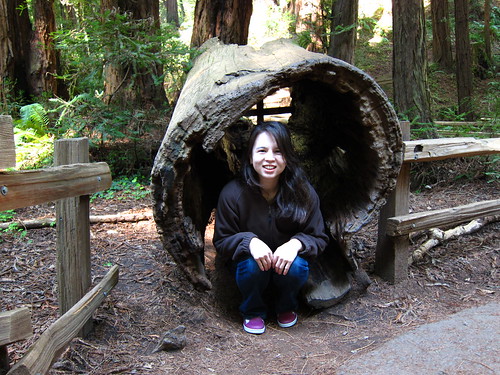 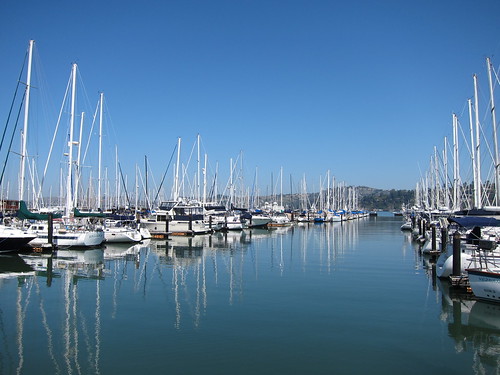 I could not stop thinking about the boats commercial from HIMYM… 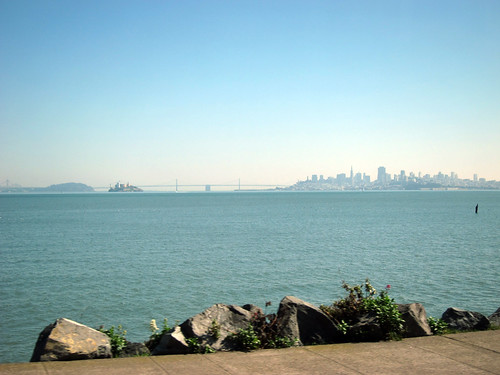 I hate you. My dog ought to hate you too, but he’s kind of dumb. Hence he eats your things. Hence he wakes me up at 4 AM. Hence we hurry half-asleep to the kitchen so he can vomit — a record 6 times. Hence I stay up another 2 hours worried that he’s going to get dehydrated and die. Hence I am miserable and zombie-like today.

No love AT ALL,
Kristan

PS: Not that you care — because if you did, you wouldn’t make your things smell so damn good to dogs — but Riley is totally fine now. And I am going to take a nap.